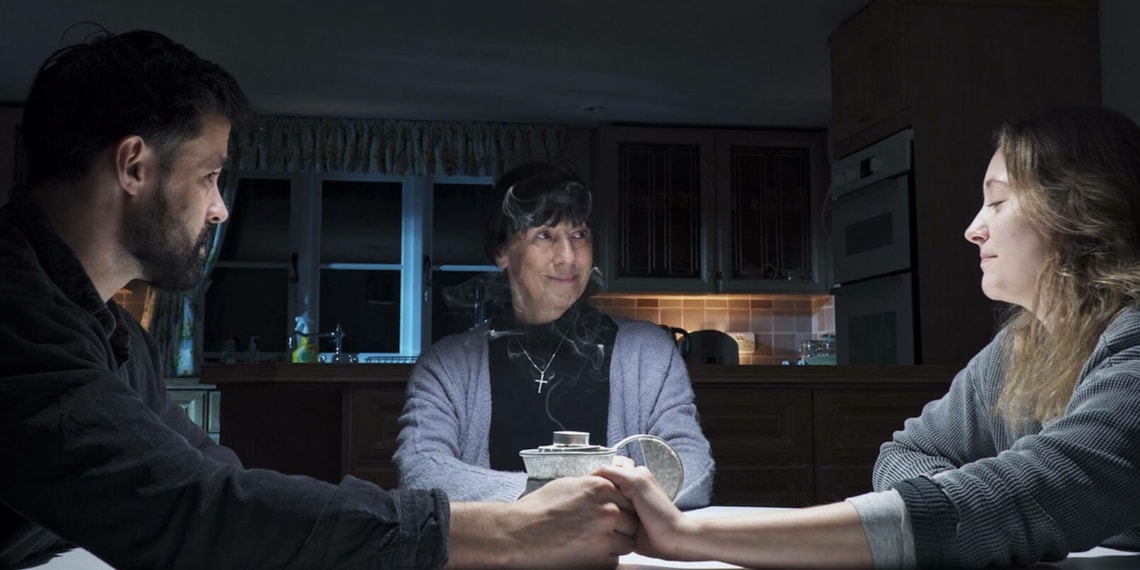 Based on the serial killer Amelia Dyer, nicknamed the Ogress of Reading, Jon Kent’s short The Ogress forays into the realm of the supernatural. Following a number of linked cases of missing children, the story is set in modern times where a detective is confronted with an oddity in the case: a missing woman.

Two children come upon the decomposing remains of a child in the woods. The detective on the case, Hayes (Jake Francis), finds a bracelet at the scene: the key clue. This is how the narrative sets the stage for the drama to unfold. A time skip takes the story forward two years. A distraught man (Tim Cullingworth-Hudson) arrives at the station to report his missing wife, and things begin to pick up momentum.

Anya (Meg Matthews) went missing without a trace. The door was still locked from the inside. As David recounts the circumstances of his wife’s disappearance, Detective Hayes spots a bracelet on his wrist, identical to the one that he found two years ago at the crime scene. A string of disappearances have taken place since then. Little by little, clues begin to fall into place, and a person of interest emerges: a Sister Claire (Corinne Strickett), a nun from their congregation who helped Anya through an emotionally turbulent year.

David’s flashback shows the woman, an appropriately creepy character with heavy influence on the vulnerable character, Anya, who has been hearing and seeing things since the couple moved into their new house. The narrative shows glimpses of her experiences, slowly building up an atmosphere of fear and unease.

The climax hurtles into a mood of full-blown horror just after Hayes is shown deliberating over a possible answer, which connects a nineteenth century serial killer to the new crop of criminal activity involving children. And now Anya.

It is the connection to a horror from real life that gives The Ogress its power. Dyer’s story and the morbid title attached to it set up high expectations from the film, and lends the film a readymade premise of unspeakable horrors waiting to be told.