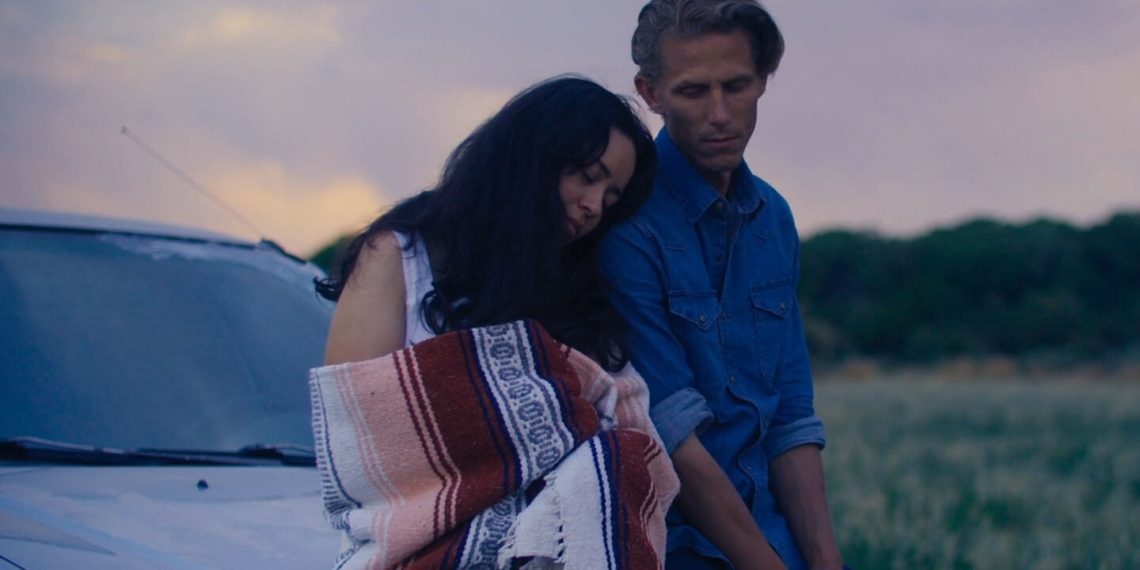 Andy Kastelic’s St. Augustine follows in his usual fashion of sumptuous visuals and stories treated with melancholic grandeur. This one fully immerses itself into those themes with its very subject: vampires. A story spanning decades, it follows two vampires through their fated meeting and the journey through solitary years, laced with horrors and loneliness.

Kastelic plays Abraham, a vampire who performs tricks for the circus in towns. Of course, they do not know he is a vampire. When a strangely fascinated Lottie (Julia Lee Romero) approaches Abraham and reveals that she does know and wishes to be turned as well, it shifts the course of his life. He is no longer shown to perform for circuses. Instead, he and Lottie embark on a quiet, nocturnal life of their own.

The story is fragmented, going back and forth between eras to show crucial events as well as the mundane passing of the long years. Aimlessness and loneliness sets in, especially for Lottie. She is often framed walking alone towards an unspecified destination. Abraham, in turn, appears to follow her to wherever she wants to be. They have no relations to speak of. Lottie explicitly states that she will not be missed. The one person who knows Abraham, a nun who is also a vampire (Carolyn Wickwire), despises him with a weariness borne over time. Time functions in the film as an endless, still thing which corrodes life even from the undead. It is why such a large span of time could be compressed into fifteen minutes.

The film leans into the aesthetic of slow ruin and despair. The couple is always solitary, framed against an equally bare landscape. The house they live in is dilapidated, the neighbourhood is still. They lay side by side on a mattress on the floor. Hours seem to pass. Lone beams of sunlight stream in. Lottie touches it as the only sign of an outside world, or even of life itself. The few times other people are seen in the film, they are insignificant, and in no way representative of life or vigour.

Violence litters their life. An assaulter (James Merrick Cook) who tries to hurt Lottie is killed offscreen. Sometimes the violence is directed at their own selves. Lottie gives birth and it is a bloody sight, far more than one usually sees on screen. The child (Marie Wagenman) is the macguffin of the narrative; Lottie wants her back, years after she was given up for adoption. In the time it takes to track her down, a different child (Rylan Healy) becomes the unwitting victim of Lottie’s twisted anguish.

St. Augustine, titled after the orphanage where the child was sent, explores a specific human emotion through vampires: weariness and melancholia as a product of time. The characters’ endless existence then becomes a curse—one they can find respite from, but never freedom.