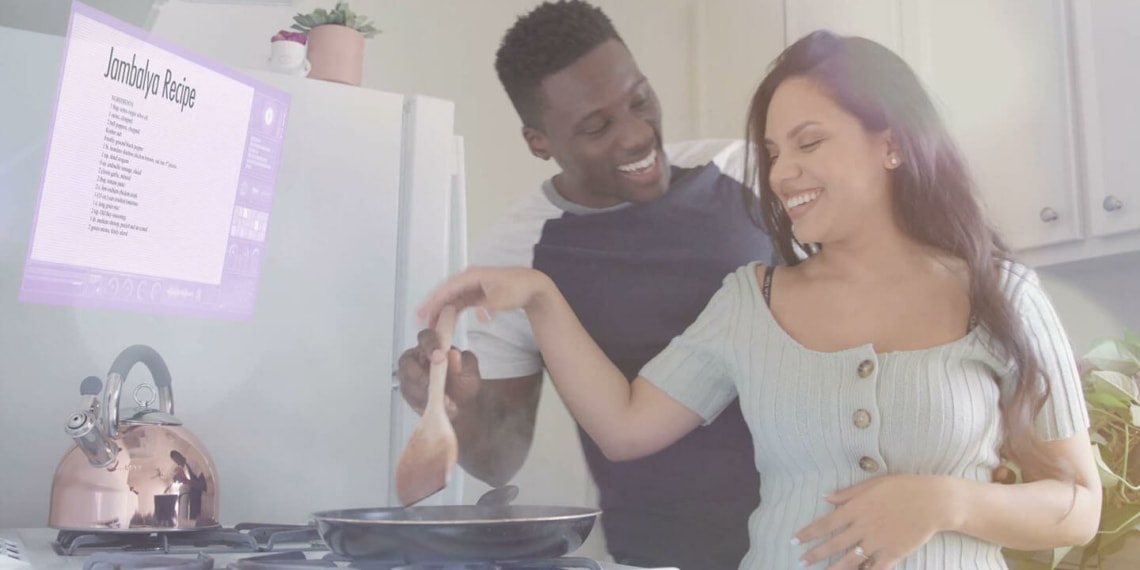 Ellis E. Fowler’s #Anniversary takes its story to explore two subjects both separately and as an intricately entwined entity. Technology is shown both as the all-pervasive, potentially dangerous thing that it has and continues to become, as well as its more profound applications in human relationships. Conversely, the other area of the film’s investigation are love and relationships: their contours in the era of technology, and their inextricable link with grief and loss.

The film explores these through the protagonist, Eric’s (played by Fowler) relationship with Sarah (Ester Jiron), someone he loves and is breaking up with on the day of his wedding to another woman. This immediately frames Eric as a dishonourable man, but as the story progresses, his actions and motivations begin to make more sense and elicit empathy.

Turns out, Sarah is his dead fiancee. While she continues to be dead, the woman the viewer and Eric sees on screen is merely the feat of AI, modelled with the data they could mine on Sarah through her social media and personal conversations. Between the two Sarahs, the powers of AI within the scope of the story is considerable; the AI Sarah is indistinguishable from the real one, save for a human messiness in the latter.

The film comes quite close to removing the AI Sarah from the clutches of being a mere product in service of Eric (the ending is the biggest propeller in this direction), but one supposes the very nature of her existence in fiction makes it a difficult feat to achieve.

Eric’s decision to finally deactivate the profile and move on from the woman he loved is met with AI Sarah’s resistance. While Eric’s role in the resulting conversation speaks to the very real heartbreak he has carried and is carrying, AI Sarah’s reaction foreshadows the events on which the film closes and the implications of the continuing story beyond.

Of course, it is Eric’s heartbreak which is the real core of the film, and the film makes the most of it. Flashback sequences are used to show a montage of the couple. Eric is happy. There is a perceptible difference between his personality then and now, and not all of it can be attributed to the seriousness of the day.

The story attempts to paint a picture of the near future where technology becomes an even more inescapable presence in our lives than it already is. By taking a restrained approach to the futuristic elements of the film, it successfully introduces a credible immediacy. And the film is right. This could very well be where we are headed.