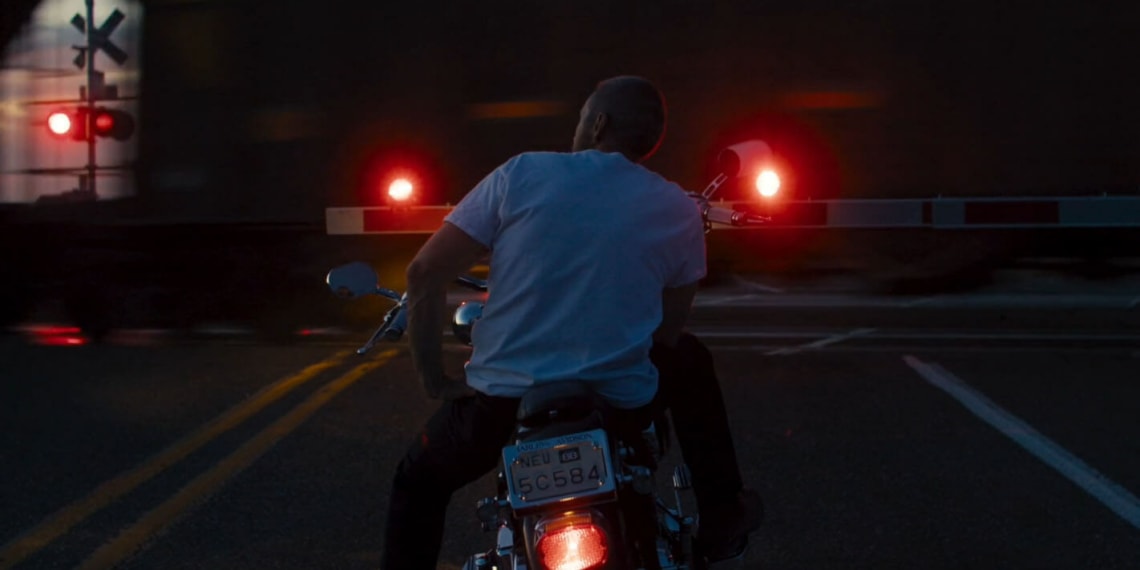 An unmistakable neon-noir, Andy Kastelic’s Blue Boy is stylish and gritty. The 21-minute film sees its titular character, a retired boxer, confronted with ghosts of the past and a choice that could irrevocably change more than just his own life.

Jack Forcinito plays Blue Boy, a legendary, gruff ex-boxer who now owns a diner in Las Vegas and lives a quiet life. A shot of him on a bike is all the narrative shows of him until Bobby leads us to his diner. Bobby bursts into the story, fleeing the scene in his boxing gear, looking like his life is on stake. As we find out, it is.

Bobby and Blue Boy’s meeting gradually fills in the viewer on their individual and shared backstories. Blue, Bobby informs, is his father. Bobby’s mother Penny (Virginia Asbury), Blue ruminates, was the love of his life. Bobby needs help because he won a match he was supposed to lose, and people are angry. People like the unsubtly named Battleaxe Sue (Lorri Oliver).

With the memory of Penny vivid to the point of tangible, it is almost certain that Blue Boy will help his son. In the midst of all that neon, darkness and danger, the film shows Blue Boy’s complete acceptance of his newfound paternal role. He looks on at the form of his sleeping son with quiet affection. It is a small moment, but makes a considerable impact on the story. It is because of this that Blue’s decision to fight for Bobby has more emotional gravity than a by-the-numbers progression.

Besides their shared genre, there are touches of Nicholas Winding Refn’s Drive here, including an iconic moment of violence. Of course, violence was inevitable in a film of its ilk. It comes controlled, without an excess of gore, and strikes an efficient balance with implications instead.

Overall, Blue Boy is a genre product. It meets those expectations, but has a few surprises as well. The captivating camerawork and score are the cherry on top of the excellent performances.