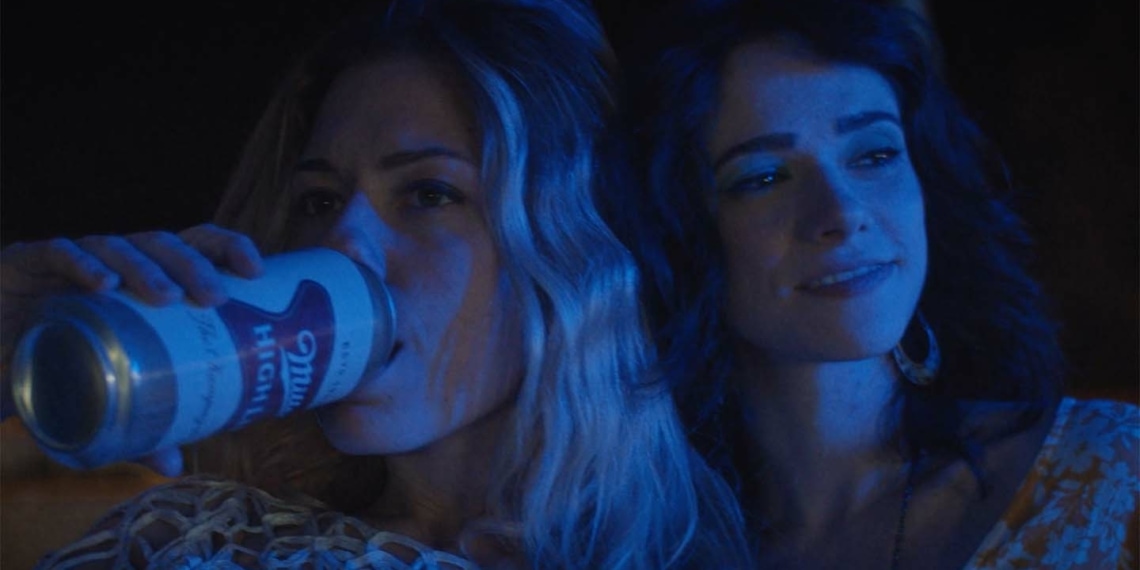 Two adolescent girls go on a trip to celebrate one turning eighteen. A serial killer follows them. Jordan Burbank directed The Night Out knows the history and the expectations it sets up with that premise. It is a direct comment on that history and those expectations. And it is a poignant one.

When the film begins establishing its main characters, teenagers in the 70s, it feels like cards it will pull later on to drive home the tragedy—one which the viewer is as good as convinced will happen. They appear to be prime candidates for victims too, as far as movie history goes. Regular, giggly teens with regular teenage ambitions. Yet, working backwards, the story is far from that.

Mona (Tess Rianne Sullivan) and Claire (Nicole Boucher) make their plans to sneak out, party—the usual points on a teen’s list. It is successfully executed. Mona, the braver one, has arranged for the liquour and the car. Claire, clearly less experienced as far as adventures go, has her suitcase packed and alibi in place. There are no hiccups. Drunk, they sit in the parking lot of their motel. The drunken conversation gets emotional, as all drunken conversations go. Yet the sweetness of it is hard to ignore, as they profess their affection for each other. There is, however, an undercurrent of tension, created by the cinematography. Curiously reminiscent of Mulholland Drive, the resemblance works efficiently in having the viewer on the edge of their seat. Something bad is about to happen.

It does. There is a man (Michael Alexander) in the room. But the film plays with viewer expectations meaningfully. By not including a gratuitous struggle regardless of the outcome, it affords its characters dignity. The sheer terror of what-ifs also makes it far more impactful than if it had chosen the conventional route. As a result, The Night Out is less a crime thriller, and far more a drama that confronts what we expect and why.

Of course, the relief is the result of the narrative itself, an almost heartwarming thing born of a sincerely tender friendship and its constituent members. The Night Out both undercuts and feeds its tense mood with its endearing characters. With the complexity of reaction it evokes in its viewers, it ends up as a surprising feat of horror.