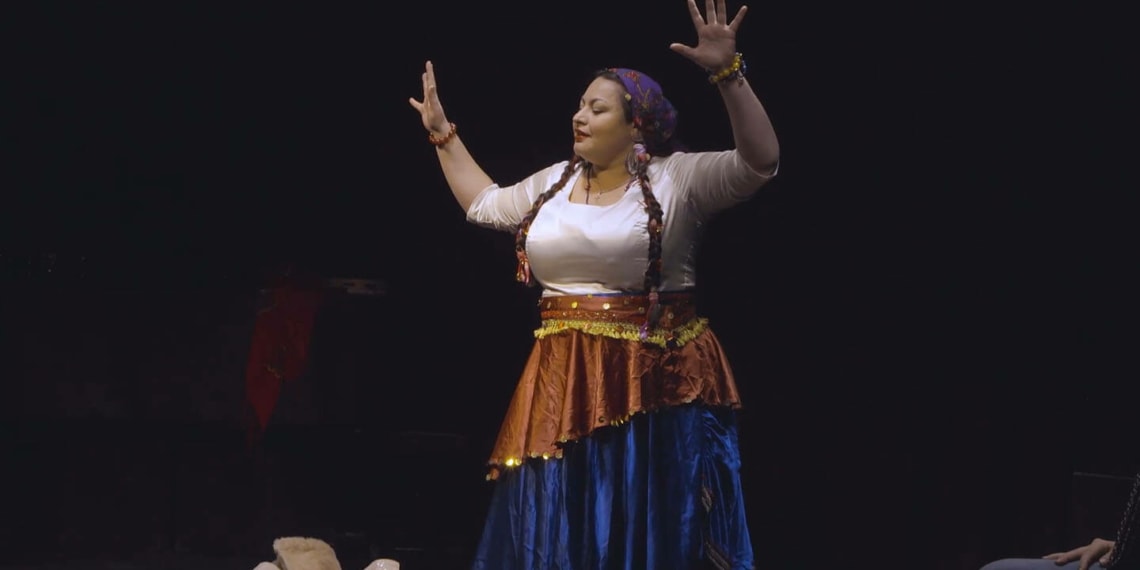 A 28-minute documentary on Nataliya Tsekova, Bulgaria’s first Roma actress, My Gypsy Road (directed by Vilma Kartalska) closely examines its subject and the constituent parts of her life—her past and the many-layered present. With Tsekova at the centre, the story branches out to include her personal life, performances and her work with children.

The latter is arguably the crux and aim of the film; by highlighting the personal importance of her work and relationship with Roma children from the ghetto, it sketches out Tsekova’s personality. Her performances are lively and enthralling, and it shows in the faces of her audience. There is alternatively resonance and fascination in their reaction to her act. The camera takes care to add dimension to the actor by turning the lens on the people who share the same space as her. In the early minutes of the film, the viewer is allowed a glimpse into Tsekova’s professional life offstage; we see her chat and get dressed for the performance (Gypsy Wheels) that intercuts through the film. The relative quietness of this is exchanged for the sounds of her world.

Her personal life is seen through a different kind of closeness. Here, it is intimacy. The people here, her family, living in Lesnovo, share her face and her story. They tell it collectively, chiming in like parts of a musical instrument. The same extends to her friends, but the bonds are conspicuously newer. Besides her family and friends, her coach and colleagues add more dimension to the storied person.

The cultural differences of her community with the general, more dominant culture becomes a subject of discussion at an informal get-together, indirectly making her position as an artist something of a meeting ground between the two. When the narrative finally shifts to the children whose education is Tsekova’s personal goal, it is moving. Having the children speak rightfully shifts some of the focus on an important cause.

Tsekova performs at the school. The scene intercuts once again with the main performance. The echo is a satisfying one. As the documentary ends, her history-making role is underscored. And just as she bridges the gaps between Bulgarian culture with Roma culture, the documentary serves to familiarize a global audience with the latter.