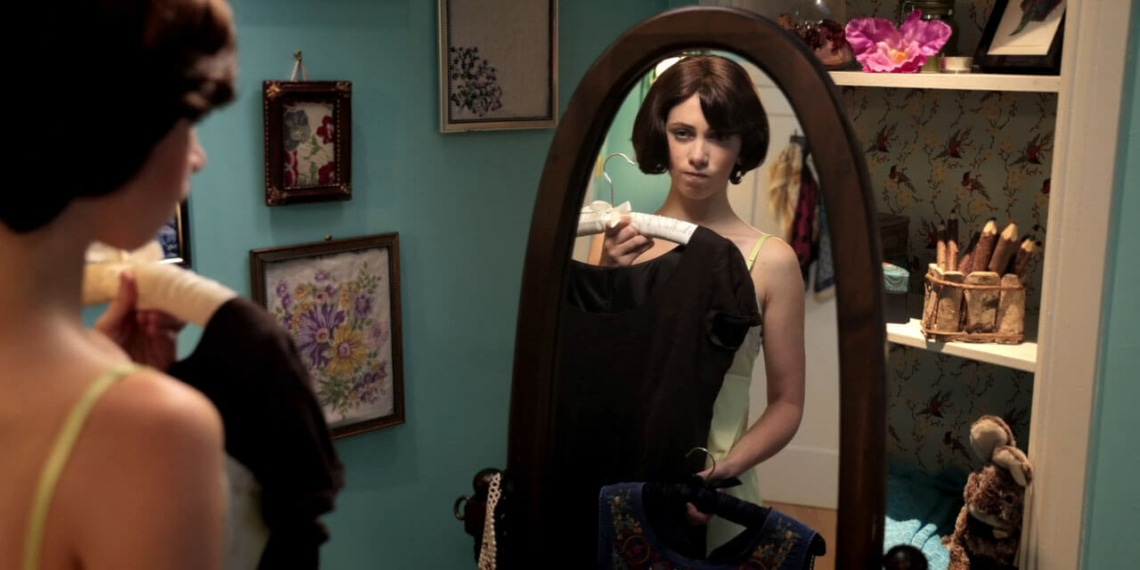 For those single for a long time, it can engender an obsessive fear of never finding love and a concurrent obsessive search for love. For the protagonist of Meghan Artes’ stop motion animation Speed Dating, Ava, this has resulted in giving a chance to a more efficient method: speed dating.

The film opens with a sweep-through of Ava’s room, every corner of it carrying evidence of her long search for someone compatible and something steady. Books, pamphlets, and for the evening awaiting her, a bed covered in outfit options. Ava, played by Baize Buzan, is timid and insecure, and trying on outfit after outfit to hide it.

Finally, at the pub, everyone else appears to Ava as though a lot more sure and confident than she is, and by extension, more likely to find someone than she is. The film shines as soon as it moves to the pub. The editing and Russ Williamson’s role as matchmaker add vitality and humour to the story.

Ava’s poor luck seemed to have followed her to the pub: each date she tentatively approaches is unsuitable to the point of borderline disastrous for her. If one chomps down her umbrella, another has brought work with him, while yet another brought his four pet mice with him. The succession of lacklustre choices continue to the very end. Yet, the story makes a distinction: lacklustre does not necessarily mean unsuitable.

Romantic comedy that it is, the conclusion is a happy one, finding sweetness and (hopefully steady) romance in unlikely places. At eleven minutes, Speed Dating sets an entertaining pace. The plot is deliberately simple, while its execution is richer. Made of charming animation and live action, the film uses quasi magic realism to depict Ava’s internal world—both her discomfort with the world, and her desire to belong in it.

An endearing entertainer through and through.