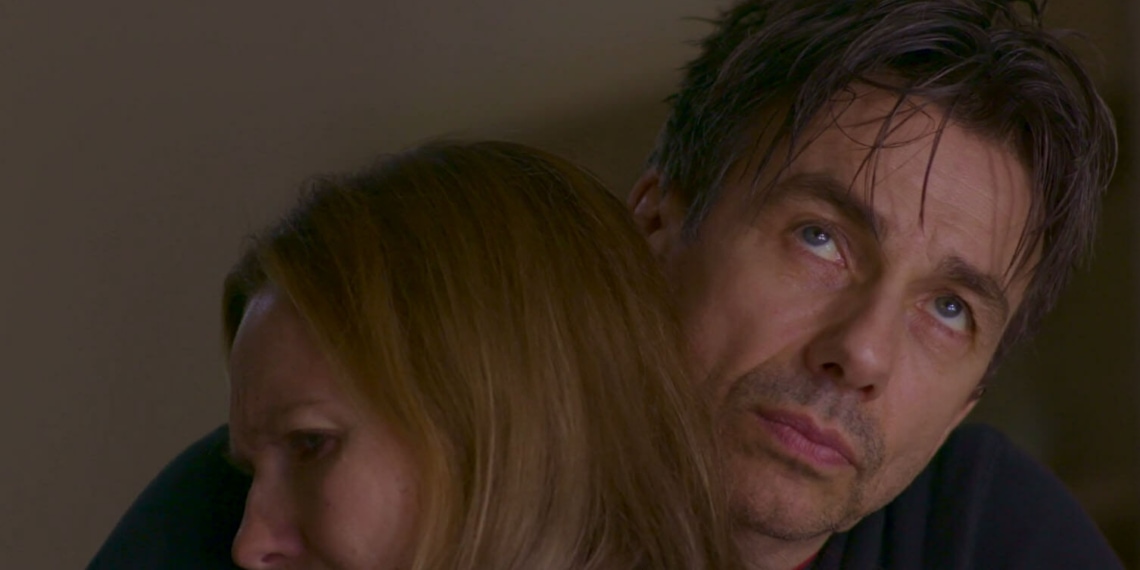 At eight minutes long, Our Son, directed by Jeremy Max and co-written with Nittolo, packs in quite a bit of story. Dealing primarily with grief and domestic violence, the film is one of large scope, and which it blazes through.

It opens on Caroline (Jen Furlong), in the thick of grief over losing her 10-year old son (Clark Furlong), only to be accosted by the sudden, unannounced return of her ex-husband. As far as appearances go, Adam (Jon J Peterson) acts the part of a supportive friend and perhaps even lover. An ex-husband and father who has also lost his son? Not really. Soon, he is proposing. This, after being entirely absent from the picture for a year, as Caroline reminds him. But vulnerable and seemingly without a support system as she is, the possibility of her accepting becomes increasingly likely.’

Soon enough however, support arrives in the form of Caroline’s sister, Sarah (Heather Boaz). But tensions between the characters, including Adam (even if he is not physically present), rise and the situation becomes more difficult than it already is. If that were not enough, a spectre begins haunting Caroline. Alone in a big house, grief and fear take over. When Adam returns again, the dam breaks open. Past trauma mingles with the present and ends up creating fresh ones.

The film takes its audience on a long journey covering the length of Caroline’s process with her loss, staying long enough to watch her find peace and acceptance. It goes without saying that this takes a toll on the pace and narrative impact of the story. Overall, the story functions more as a summary of events than a fully fledged story. Seen as a summary, there can be a pleasant experience for those willing.

What the film does get right is its understanding of the abusive man. The film never tries to make its audience believe in Adam’s act, and each of his attempts to charm, deceive, and beguile his way back into the house from which he was ousted throws his character into sharp relief. The warning Our Son leaves its viewers with is a valuable one, perhaps even a crucial one for those already in similar circumstances.