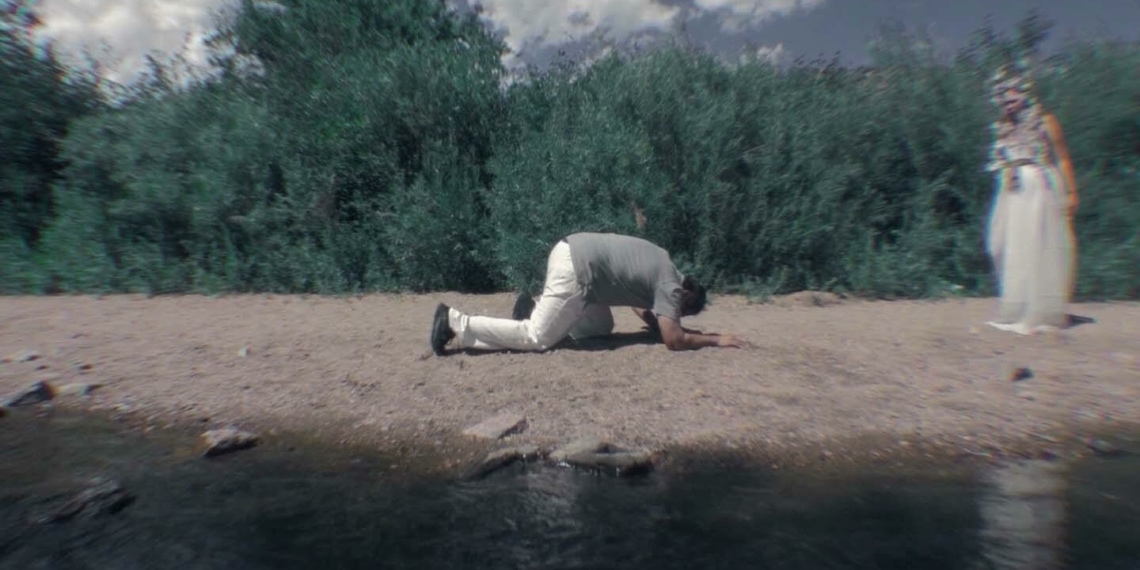 Hector Quijano’s fantasy short, Gaia is essentially an elaborate drug trip. Indeed, the opening sequence of this 13 has its unnamed protagonist take a potion, which leads to an extended hallucinatory state. The literal trip he then goes on is the main body of the film.

The film functions within a no plot just vibes kind of situation. There are no dialogues, and for the most part, the unnamed male (Max Valdez) is the only character, albeit haunted by the spectre of a woman (Jojo Baer) in white, possibly a goddess. After he has ingested the potion (the ingredients of which look suspiciously like soil and pebbles), his perception of his surroundings is altered and to which the viewer is made privy.

As he drives towards something that only he is sure of, roads, trees, clouds converge into and diverge away from themselves. Trees go from yellow to impossibly green to purple. Clouds form faces. Spirals take form. A woman in white appears and vanishes impossibly fast. The vision of this woman seems to lead him deeper into the woods, stopping only when he nears a creek.

Contact with her brings about an emotional and spiritual catharsis for him, and he is left kneeling and heaving. The mystery of the woman (possibly deity) is left untouched, the film clearly intent on preserving its overall enigmatic mood. Which is further emphasised by the sleek background score.

Gaia is a film that is best enjoyed when approached as a mood setter rather than a story. Seen thus, the editing and visual effects offer much to be engaged by.