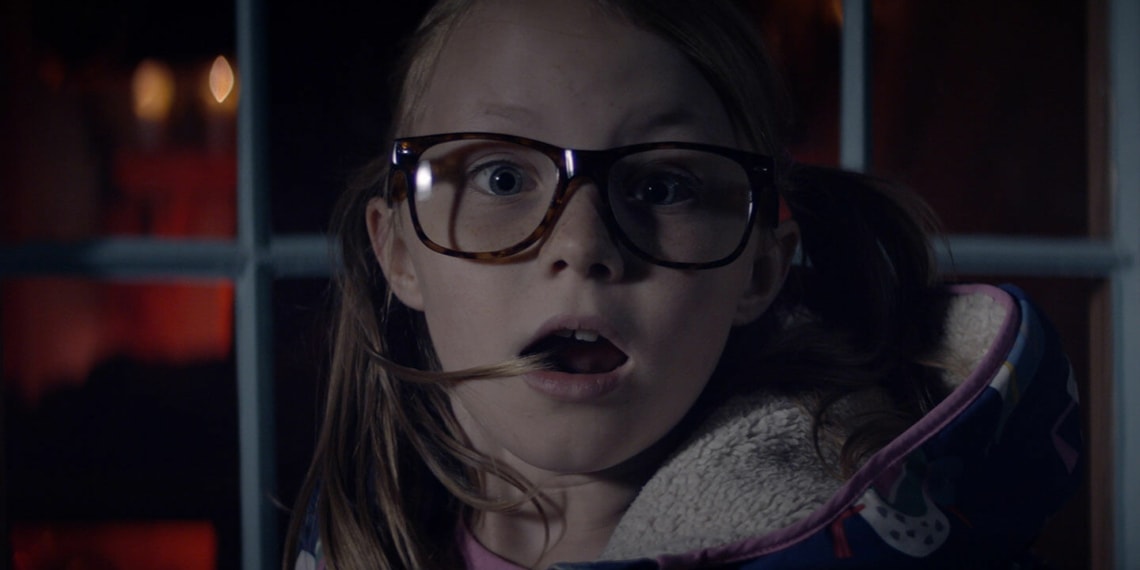 With trauma comes coping mechanisms. While some of these scream danger, others are much more benign, and even make things objectively better. Richard Prendergast represents this latter possibility with his 16-minute drama Maximus, where a delightful little girl makes blossoms erupt over abject pain and suffering.

Played by Maisie Prendergast, India is a tiny thing, barely 8. Roaming around on her own, she gives grief to her mother, and imposes on a stranger’s time, who begrudingly humours her in a way only children ever are. But this is getting ahead of ourselves. The story really begins with the mighty Maximus (Solly McLeod), a brave warrior fighting in the Battle of Agincourt, leading an army against a much more formidable foe, who grows in strength each day. Inversely, Maximus has grown weaker; his people fear that victory may not ultimately be theirs.

Flashback to present day, Maisie tells this story to Mike (Albert Clogston), an old, wearied doctor trying to find some modicum of relief and strength so he may get through the rest of the day in the children’s ward. Maisie’s equation with him is a delightful thing, responsible for much of the buoyancy and energy of the film. The narrative goes back and forth between the story and the storyteller in a way that adds humour, and reminds the viewer not to get too pulled into the more fantastical side of the story. Of course, there is also the mystery of how a medieval warrior is Maisie’s brother, as she repeatedly insists.

Maximus hits the sweet spot between fun and moving, never leaning too heavily on either. Editing and writing play around with the audience’s suspension of disbelief in a way that is still humorous without making too much of a mockery of Maisie’s story (costume and production design definitely create a serious, believable medieval world). Instead, it is meant to be a sincere thing. Simple and childlike, but also serious in its imaginative workings. As a result, you have terrifying monsters, but also lightsabers, life-threatening wounds, as well as Maisie and Mike sitting right in the fantasy world, observing the goings-on up close. You are meant to humour Maisie’s imagination, all while the film sneakily gets under your skin, and makes tears a real possibility.

Oh, and it’s based on a true story.