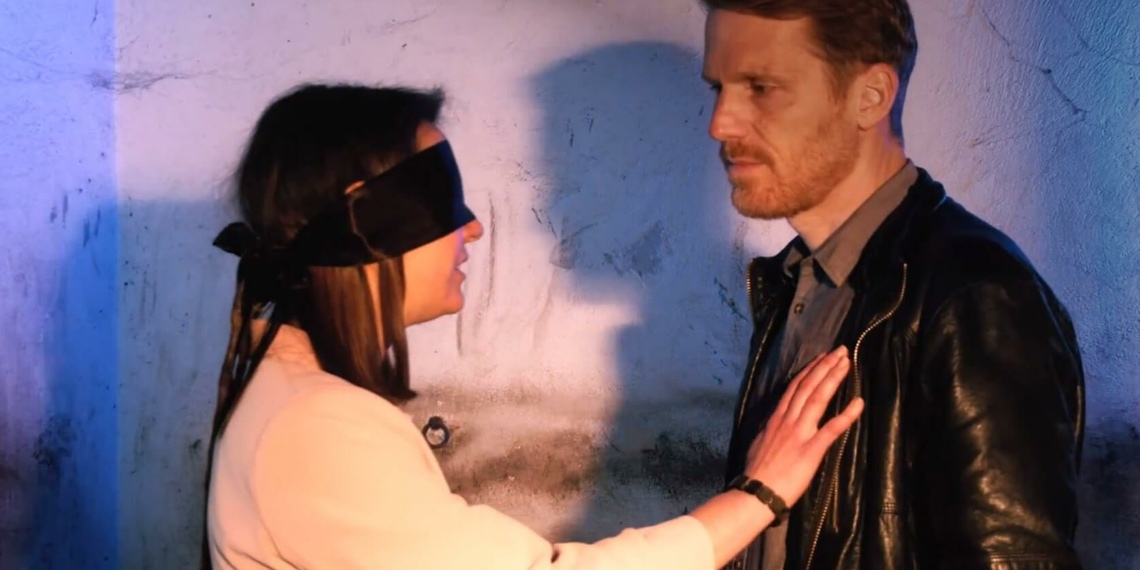 Andreas Ortner’s fourth wall breaking pandemic short, Richtungswechsel or Change of Course, is a 9-minute film set in the picturesque village of Stall, Austria, where the pandemic has not wreaked the same havoc that the rest of the world has had to face. Two aspects of the human condition, personified, debate over the state of the world and the emotional cost of the catastrophe.

Initially, the scenery is spectacular, and the camera uses it to its full effect. But the story shifts, and we are taken to a barn, where the Moderator of the Heart (Martina Martinz) and Moderator of the Mind (Ortner) are found, the former wearing a blindfold. Ortner’s character does most of the talking, and does so by facing the camera directly. He addresses one of the by-products of lockdowns and quarantines: the elderly, who are excruciatingly isolated, dealing now with the twin threats of Covid and loneliness.

As Martinz’s character joins his monologue, the point is extrapolated to include everyone else: isolated, and struggling. Although the points the characters raise are thoughtful, it falters dangerously in its presentation. A lack of clarity almost makes it look like the film is encouraging letting go of masks. While this is not the case, it certainly is easy to mistake it for such.

Martinz’s entry marks an intellectual deadend; the Moderator of the Mind has laid out a problem, but intellect alone cannot solve it. Thus, the mind now turns to the heart. The Moderator of the Heart exhorts the audience that it directly addresses to turn to the arts. This is the change of course that the title refers to and really the sole message that the film leaves you with; by turning to the arts, you change the course of the lonely, and dangerous, path that social and emotional isolation leads you down. With the final image of a thug being redirected to a more benign way, the film seeks to drive this idea home. Turn to the arts to combat the acute loneliness of isolation, and the grief over loss that is rarely limited to just one. The idea is a profound one, especially to those who, through experience, already know it to be true.