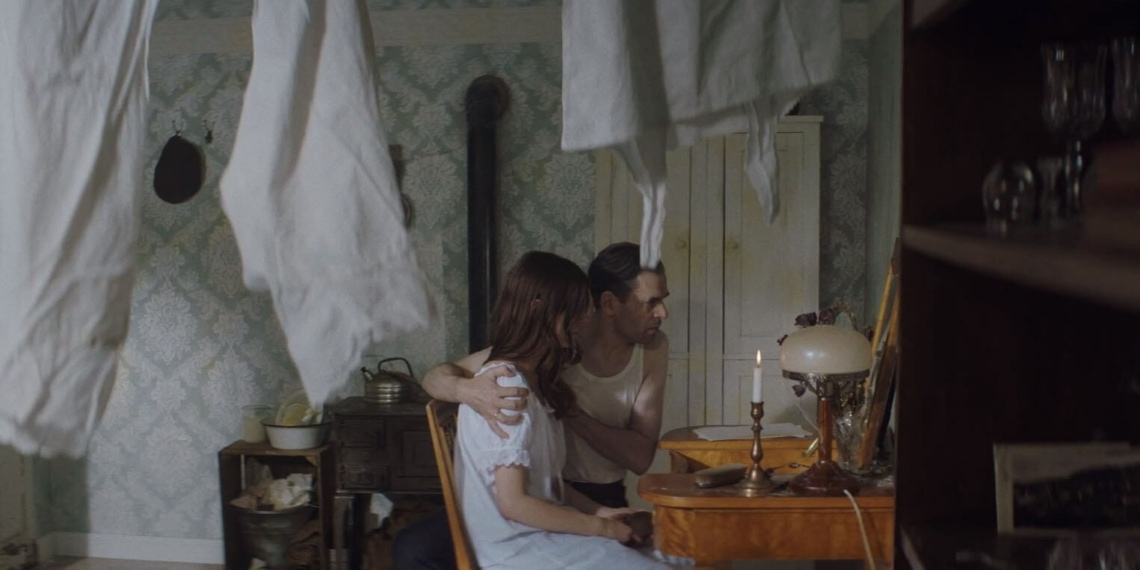 The sheer number of holocaust films speaks directly to the magnitude of the atrocity. The purposes have varied, from expression of deep rage, or wanting to honour the victims, or to heal wounds that have taken root. Frank Christian Wagner’s A Father’s Job honours a particular subset of victims, and in doing so, exposes just how deep the roots of a wound of this magnitude run.

Fittingly, the film is exactly 19:45 minutes long. Relying heavily on narration, and in a rare case of successful telling, the film is something of a nightmare loop in which its narrator and his daughter are caught. Johann (Christian Harting) is haunted not just by his wife’s suicide, but also his failure to ever truly protect Helga, his daughter. The degree of the narration’s success lies in the fact that the film uses it to show the layers hiding underneath the story—accurately reflecting how stories passed down generations work. Simple stories have details hidden in plain sight, which, when you pay attention to them, unearth layers and layers of truth. Some mundane, some gritty, all ultimately contributing to make the story whole.

Anna (Dorothee Frauenlob) was what was called a “privileged Jew”, married to a non-Jew. With her husband drafted into the war, she is left alone to grapple with the unique victimisation that comes with the paper-thin protection she is accorded. Johann narrates the story to Helga, who is at once a child and a grown, bruised woman (played by Mara Hoebusch and Jessica Stautz), sitting at her dead mother’s old dressing table, endlessly brushing her hair. Her father does all the talking and moving, and having taken up all the air in the room, there is little left for Helga to breathe, much less live.

The film impresses with its costume and production design, managing a veneer of authenticity that does its story justice. The barebones, decrepit room is juxtaposed against their pre-war life. Bright, sunlit and airy. Anna, happy. Or so it appears. The film, to its credit, displays the effects of Nazi Germany well before the war ever began. The narration is haunting in the way it describes Hitler’s charisma, the power it bought him, and the insidious hold it took in regular life; in Anna’s life. She cuts it short when the binds become unbearably tight. When Anna’s memorial is shown to also be the cramped quarters that Helga and Johann occupy, the implication is agonizing.

Editing is arguably the film’s strongest player, delivering each layer of meaning of Johann’s story with clarity and sharp demarcations. With each run of the loop, the narrative grows in its agitation, finishing with a punch to the gut.

The film ends with Johann out in the world, unable to find his place in it anymore. Helga, still inside, never grew to be part of a world outside of the haunted shrine to her mother. Except the shrine is also to her, and to her father, and to the life they were ridden of.