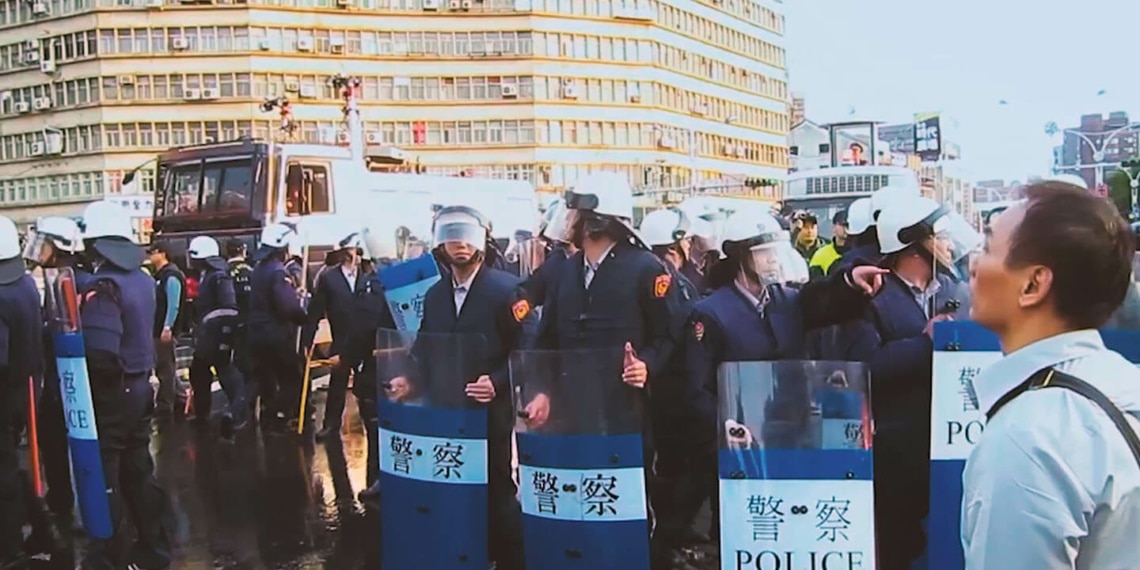 Sleepwalker, Andrea Yu-Chieh Chung’s 9-minute documentary on the Sunflower Movement in Taiwan, is a very personal essay that examines the fear and grief of having a home in turmoil. But what makes it particularly personal and specific is Chung’s regret at having sleepwalked through the period, thriving in the safety of her insulated world.

This regret becomes the dominant emotion, followed by fear of losing the home she did not defend and has since left behind. Being an immigrant in a different country while her own is in upheaval also brought grief to the mix. Painted in these colours, Sleepwalker uses narrative pauses to convey to its audience the loneliness, disenchantment and anxiety that plague the narrator.

At one point, Chung recounts an encounter with a Chinese woman who essentially, and perhaps without consciously intending to, invalidates Chung’s identity as a Taiwanese. That this is the same woman who later tries to soothe some of Chung’s fears about losing her home highlights the messy humanity that does not always yield to clean lines.

Chung uses a mix of Mandarin and English in the voiceover, which brings its own minibar of nostalgia and homesickness. Chung addresses homesickness directly, using food as the strongest connection to her homeland. This translates to scenes of cooking interspersed between archival footage of the protests and the violence inflicted on protesters, effectively presenting each of the emotions that the film seeks to evoke.

As it approaches conclusion, the documentary becomes both a tribute to the protesters, and the documentary makers who chose to keep awake through the entire ordeal, both literally and figuratively. And underneath that, the documentary is also a confessional, and therefore, a hope for relief from regret.

But there are more people who have been bystanders than protesters, whether the reason was fear or apathy, so the narrator is not alone in regret. The resonance may very well be painful, but eventually, offer some of the release that the documentary attempts to attain for her.