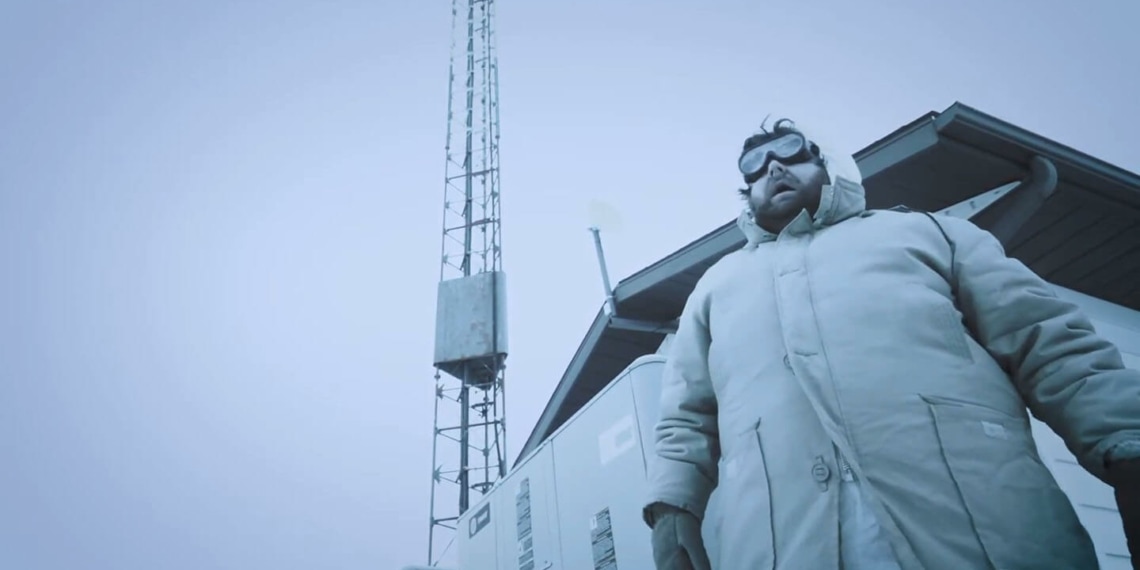 The pandemic has been a dumpster fire. And it keeps getting worse. Writer and director Lee Chambers gets straight to it. His 5-minute comedy, Hell In A Handbasket zooms straight to the people who could potentially make it better: scientists.

At the centre of the plot is Dale Borger (Robert Bryn Mann), a scientist deep in his research in the icy Arctic, and who is already having a pretty terrible day. He keeps urine and whiskey (which he drinks by way of hydration) side by side in beakers on his workstation. Thankfully, they are clearly labelled. Dale is a solitary figure in the desolate, blindingly white landscape. For company, his superior, Dr Forester (Hoyt Richards) calls to bark queries and updates at him. The latest? New York and Rome are offline, and the data in London “went up in flames”. The only remaining person in the world who can stop the continuing disaster keeps his drinks and his urine dangerously close. Aka Dale. Who just so also happens to be rather clumsy. Hell in a handbasket indeed.

In a series of comical events, the ensuing minutes decide the fate of the world. Mann, appropriately dramatic, does justice to his character. The writing places little easter eggs throughout the story, which makes a second watch comparably more entertaining. Its parody of sci-fi apocalypse dramas becomes that much funnier when the actual hellfire raging on in the real world is taken into account. Bleak and comical as it is, Chambers’ comedy successfully pulls off its vision, using the bleakness to feed into the humour, and ending up as far more funny than it is grim.