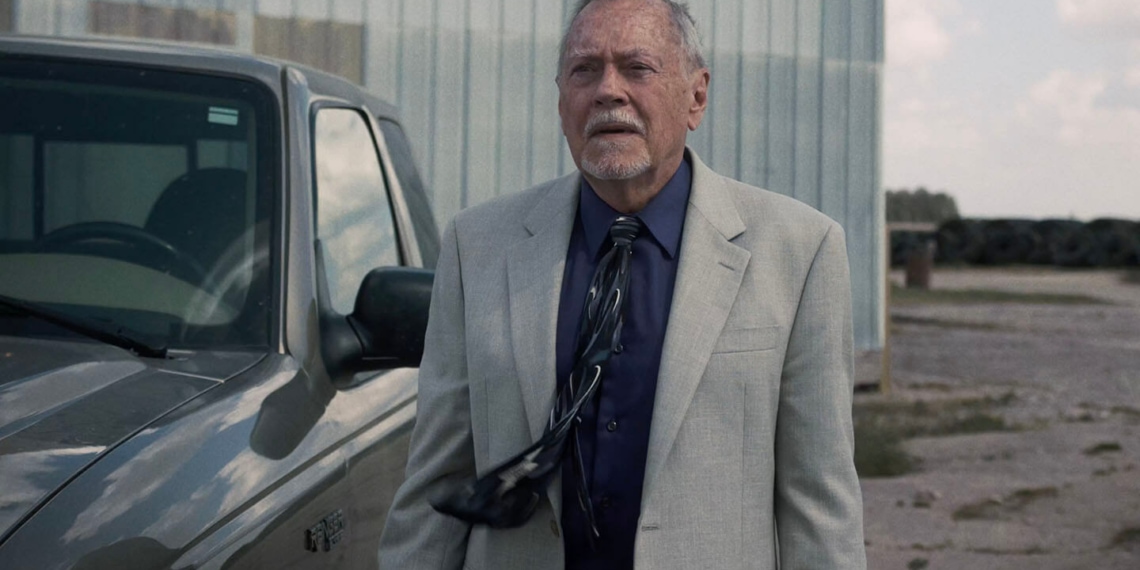 Kill a grizzly to prove your strength. Kill a grizzly or die. Prove you are strong or die. Writer-director Aaron Van Maanen does not bother with subtlety for his 8-minute short, Grizzly and it serves the film exceedingly well. If it was not immediately apparent, the premise is about men.

A grandfather drives his grandson to a coming-of-age ceremony. Neither looks particularly happy or comfortable, but the older man, Lou (Ed Baker) attempts to make conversation. Bluntly, his grandson, Elijah (Elijah Mickey) steers the conversation to the impending ceremony. The tension is palpable, made worse by both what is said, and the silences in between and after. The writing must be lauded; each line of dialogue is carefully created to add to the escalating tension, while the characters choose silence or white noise to cope with their discomfort. Lou’s answer to Elijah’s why is heartbreaking when one ponders on the implications and the history. It need not be done, you realize, and yet here is Lou, saying it must be done, because it has always been done. To weed out, says Lou. The words sting.

A man in a suit (Jeff Mickey) comes to escort Elijah away. There is an observatory, the man suggests. When Lou declines and returns to his car, the film displays its brilliance. While he refuses to watch, the camera turns him into the subject, observing his vulnerability and weakness as something of an exhibit. Watching the old man shut out the events as they are happening speaks of its gut-wrenching pain far more than perhaps the actual scene could. And effectively, the film becomes about Lou, the tradition that he upholds so obstinately, and the price it costs him.

Although it does lean towards one conclusion, the climax leaves room for interpretation. As for Lou himself, the film does not say much. But if history is to be any source, one expects unyielding pride, instead of renunciation.