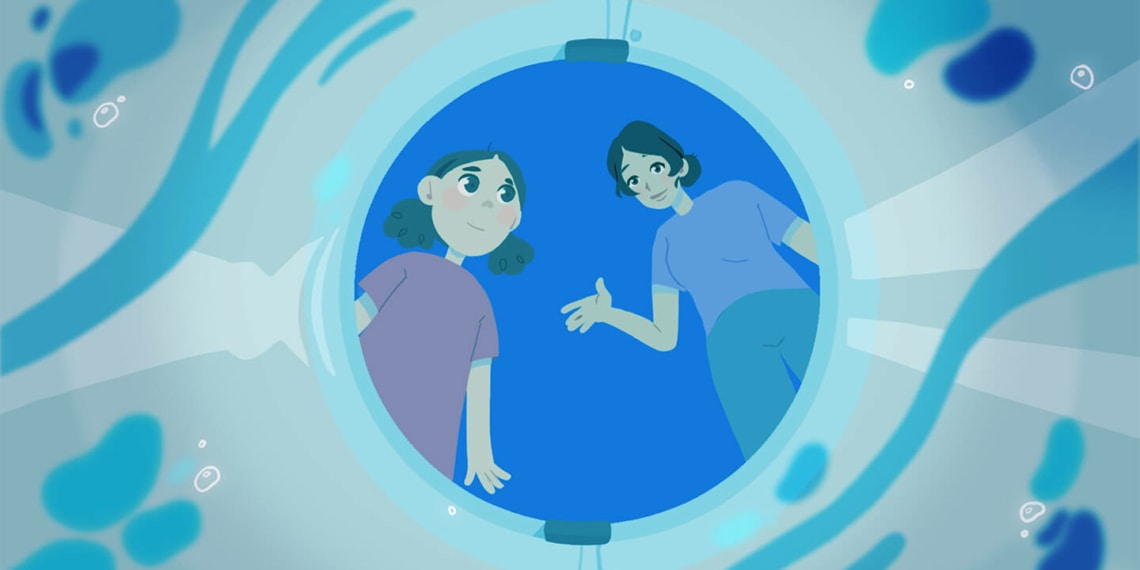 Part III of the Kōan series, Cycle, is the most wholesome of the three. Its 2-minute runtime somehow appropriately reflects the idea it presents: the transient nature of life. You are here one second, and the next you are not.

But Cycle, written by director Pak H. Chau and Rohan Ponniah, goes deeper than that, even with a narrative as short and simple as this. A bucket of water travels from the mountains to bottles, then to mouths, then becoming part of a different, living body. Each time, the water, sentient as it is, despairs over what it believes is fast approaching death. Except that does not happen. Not quite.

Using water as a representative face, the film demonstrates this: you are here, and you will continue to be here, if in different forms. This is the law of conservation of energy. The merit of the film lies in the way it uses science to create poetry. Its animation remains as smooth and buoyant as the two installments preceding it. The score remains a highlight.

The simplicity of its story and the comforting nature of its philosophy make Cycle an ideal remedy to despair. There is undeniable warmth in the message that the film leaves you with, and that is perhaps something we could all use right now.

Pursuit of Heavens: Good Animation And The Basics Of Philosophy