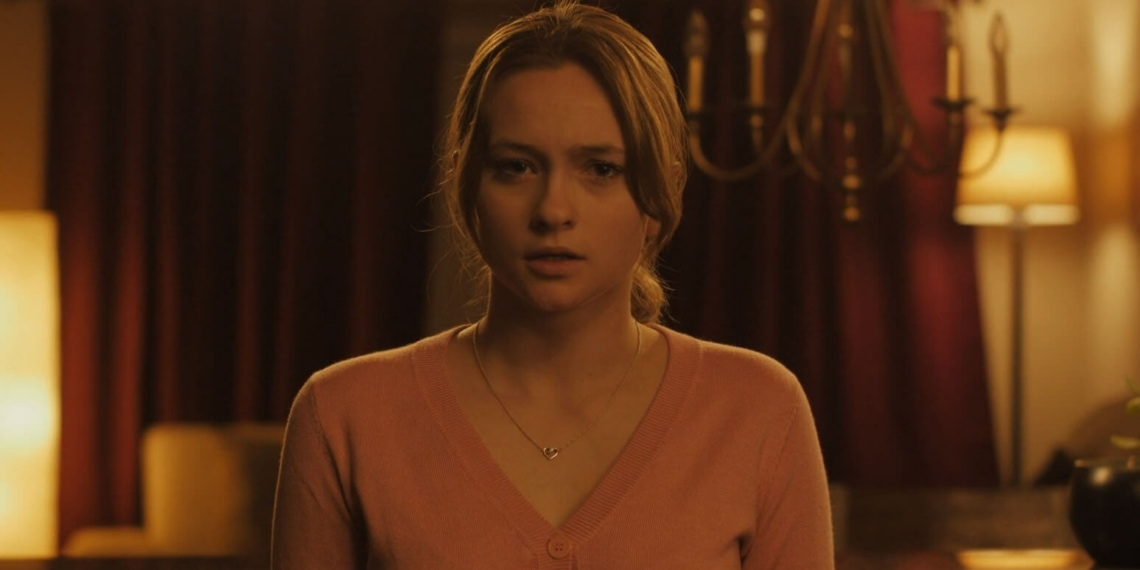 In the 09:35-minute long narrative, writer-director Riley Cusick expertly handles a subject that is both sensitive and complex. A close-up of a predator and his kill, the film, despite its jazz-like music and warm colour palettes, is discomforting to watch. And, a stellar cast doesn’t make it any easier. And, with these choices, Cusick offers one of the best shorts out there on this subject.

A young actor is roped in to play an undercover teenager to fish out a paedophile. As simple as the logline sounds, that complex its execution. For, this isn’t a teenage thriller written for its adventure. Nor is it a tale on bravado. Instead, it is a story of two worlds and the vacuum lurking in-between. A world of cops and culprits, innocent and the criminal-minded, and a girl thrown in the midst of it all, due to her professional capability to pull it off. But does that alone make it morally acceptable? Is the crime always bigger than the means to stop it? One would have to watch Sweetie to answer these questions.

The eponymous Sweetie, played by Madison Pine can easily pass off as a teenager. With a face that easily breaks into a smile, unfurrowed brows and an earnest look, Madison convinces not only the audience but also the perpetrator of her innocence. The opening scene beguilingly invites the audience into witnessing a much frenzied Sweetie practise before the mirror. This could easily be the green room of a theatre company. And, the dialogues she mouths, the script of some play. But, instead, we find ourselves in the living room, where a stage is set not for a theatre-play, but a real-life scenario that many of us would hope to never have to witness.

As she is readied by the cops, the wired microphone plastered onto her, Sweetie is prepared by officer Casey (Arianne Martin). It is interesting to note the effort put in to get the characters right and as close to reality as possible. Casey carries an experienced indifference that only comes from working a job that leaves little room for emotional investment. The distance, almost seeming cold, especially coming from a woman, is well accounted for in Martin’s measured performance. It is all of these factors combined that makes this short an enriching viewing experience.

The creative choices of Sweetie extend beyond the characterisations. Take for instance the tense environment of the film, which is ingeniously suppressed with the music and colour tones used. The warm hues fill the frames, beguiling the audience into relaxing, even as the titular character starts to descend into panic as the moment draws close. Considering the duration of the film, it is a great accomplishment on behalf of the entire cast (and crew) to have successfully created a world that the audience feels compelled to both, believe and dread. And, quite frankly, nothing could have prepared one for Tom (Aaron N. Martin).

His quiet entry into the frame only marks the beginning of a jaw-droppingly, inspiring performance. He exudes the demeanour of an adorable Uncle, a family man you’d have laughed with at the Christmas gathering. Or better still, your friend’s father who buys an extra candy for you, along with one for his daughter. And, so, like everything else about this film, Tom, too, catches us off guard.

The world of Sweetie is brought to life with DoP and editor Carson Bailie’s unparalleled skill. The pacing is kept steady. There is no rushing to the climax or jump cuts to the obvious scenes. And, it’s in these beats that you realise what makes the film unique. Sweetie gives time to its audience to let their emotions be swayed as Roger Johnson’s composition plays along. One is mistaken into letting their guard down, much like the titular character in this world of grey.

Cusick outdoes the standard expectations. There is no dramatisation, no visits to the counsellors, no moment spared to process the event. And, with these, the film sets its own benchmark in storytelling. After all, this is where the film’s USP lies. In subverting the paradigm and reversing the tale to offer a blank space for its audience to fill in.

Sweetie offers a refreshing perspective, engaging its audience into a heart-thumping climax while providing enough fodder for deeper conversations. Welcome into the world of crime, justice and the grey in-between that usually goes unnoticed.