Mr. E, P.I. – Children of the Night: An Ode To Counterculture With Vampirism And Mental Health 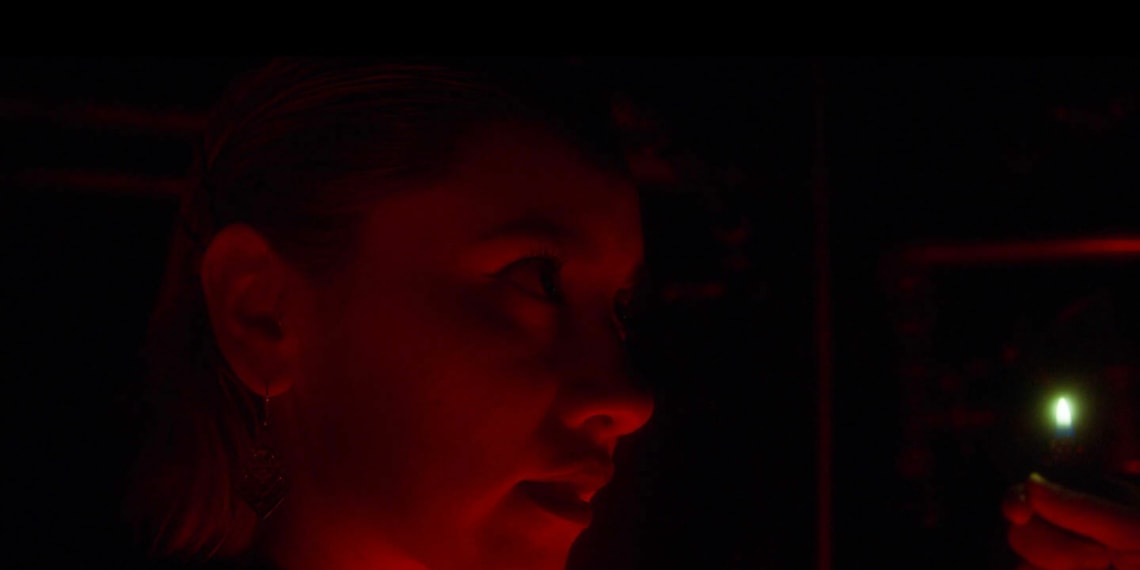 Done right and taken seriously, the vampire genre has much to offer. With the figure of the undead predator, artists have long delved into the nooks and crannies of humanity, exploring countercultures, and all that is frowned upon, or considered taboo. Writer-director George A. Velez now borrows the vampire to explore another frowned upon subject: mental health.

Played by Velez, JJ’s life has been difficult because of mental health issues. He is a paranormal investigator. These two facts have nothing to do with each other. But it makes it easy for his friends and family to belittle or dismiss him off or as crazy. We meet him as he tries in vain to warn his brother, Nicky (Antonello Velez), about the author that the latter is about to interview. Side note: JJ and Nicky are a duo in Velez’s body of work whose relationship the filmmaker explores through the filters of various stories. Nicky walks away from JJ here, and the story follows him.

His interviewee, Cassandra Navarro (Leslie Castañeda) is surprisingly young. She appears barely more than 30, and yet it has been a decade between her last two books. Castañeda impressively pulls off the gravitas of a character much older than her. Oblivious to the acid green, antique aesthetic, Nicky cheerfully gets started with the interview. Soon, Cassandra begins to change roles, asking small questions about Nicky, leading to other, potentially more personal questions. We learn JJ has been living with him to get back on his feet. It is important to note that their relationship and history is comprehensible and sympathizable here as a standalone story without the benefit of prior familiarity.

JJ barges in, not long after, with evidence that points to the obvious. As he finds an opportunity to snoop around Cassandra’s house, disaster strikes. The climax is bitter, bringing the focus back to JJ and Nicky’s relationship, and to JJ himself. JJ’s character is written with excellent care, making it easy for audiences to empathise with him.

A life of having ‘crazy’ thrown around with careless disregard by anyone within his earshot, JJ’s worst fear is not a life of immortality which, as Cassandra puts it, would have him outlive every last of his loved ones. The film closes on an open ending, the air heavy with the implications of all that has been said and more importantly, left unsaid.

Mr. E, P.I. - Children of the Night: An Ode To Counterculture With Vampirism And Mental Health

Livin After Midnight: A Hilarious Short That Promises A Laugh-Riot!

Livin After Midnight: A Hilarious Short That Promises A Laugh-Riot!