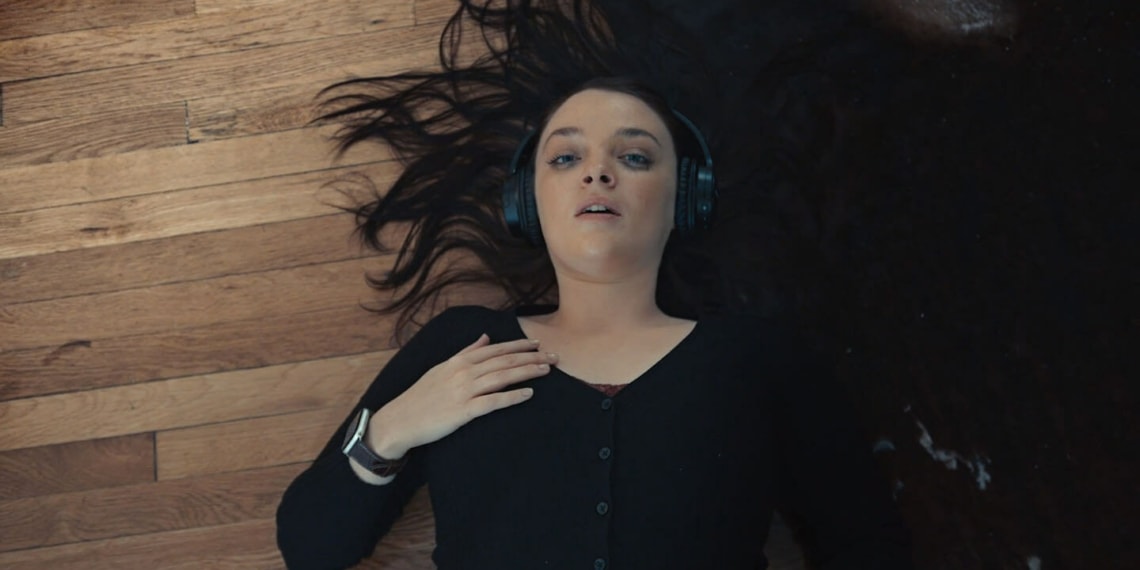 Small things become objects of great fear. Like a door. It’s just a door. Unless it is the sole barrier that is keeping the outside…out. It’s just a door unless the sound of its creaking hinge makes your insides twist and freeze with dread. And the great outdoors is nothing but a mine of dangers, which could be anything. That anything might just be a vague monolith because even thinking too much about it is stressful. Usher Morgan’s psychological thriller, Homebound follows Jamie, a woman with severe agoraphobia, who must overcome her limitations to find her missing dog.

Agoraphobia, a kind of anxiety disorder, is the fear of being in places or situations out of which exit may not be easy if/when it makes you anxious, embarrassed, or panic. For Jamie (Katie Vincent), it has meant a near impossibility to step outdoors. The film uses sound design to illustrate her internal struggle, and the results are revelatory. Its non-linear narrative sets down the puzzle pieces with deliberation, bringing greater emphasis on her journey so far, and the importance of her dog to that path. The film’s title is a nod to 1993’s Homeward Bound; the tonal contrast actually adds to the urgency of the narrative.

Arguably, the best part of the film is its portrayal of courage and love. Clichéd though that sounds, the film does, in fact, get it right and steers away from sappiness. Instead, it remains faithful to reality. Jamie’s actions are in spite of great, seemingly unsurpassable fear, and motivated solely by the love of her dog. Every door she manages to walk through is a feat of strength. When she pauses to put up a poster, her discomfort and intense awareness of her surroundings is palpable.

Vincent carries the film with laudable deftness, landing each scene and emotion with authenticity. The only other character in the story is Jamie’s therapist, Dr. Ackerman, played by Sebastian Arcelus. Arcelus is excellently cast. Although Dr. Ackerman says nothing out of the ordinary, Arcelus brings subtext to the scene in a way that becomes significant later in the plot. Cinematography deserves special mention here for its use of framing to create discomfort in a significant scene between Jamie and Dr. Ackerman. Not only does it use visuals as a foreshadowing tool, it does so in a way that is meaningful to its protagonist: anxiety disorders usually mean you sense ‘danger’ a minute before said danger reveals itself.

At each step, Morgan shows his understanding of the subject he is dealing with. Jamie’s characterization feels more real than dramatised, and the stylistic devices the film does employ functions as and adds to the cinematic translation of a situation that is more invisible than not. The conclusion is hopeful, but is barely a second long. Anxiety does not allow sustained relief.