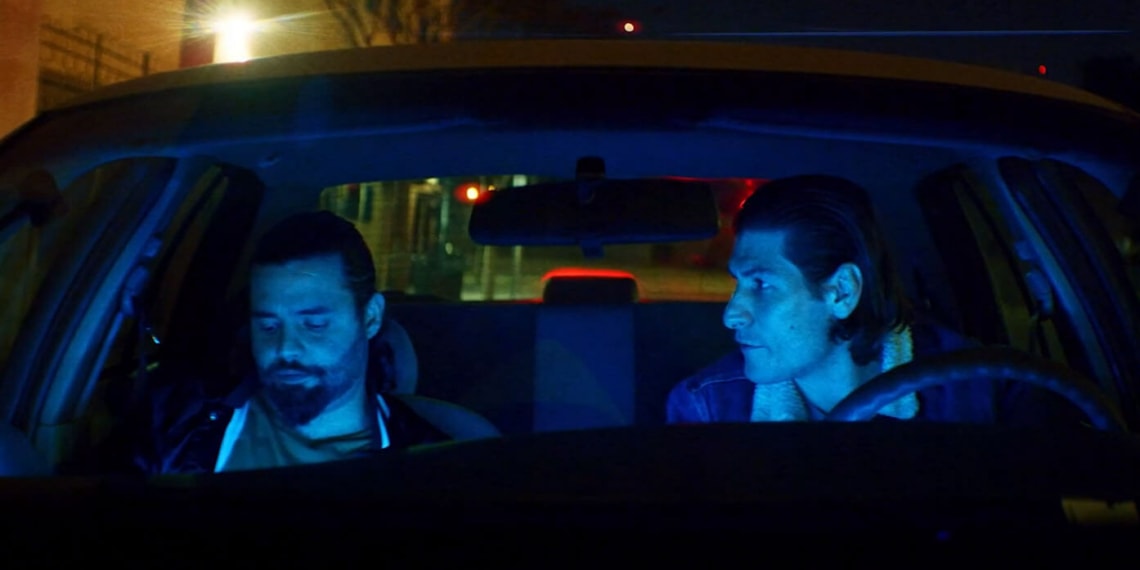 This 12:32-minute-long Cory DeMeyers film packs in everything and more than one would expect from a gangster genre. There is friendship, there is betrayal, there are the profanity-filled, realistic conversations and a well-thought-out crime. Except that, DeMeyers, in under 15-minutes not only proves his mettle as the director of Danny Boy but also touches upon the subject of homosexuality—interestingly making it the crime here.

Patricia Highsmith, the much loved and venerated American novelist wrote The Price of Salt under a pseudonym. It surprised many, as it seemed a distinct departure from Highsmith’s trusted genre. But, for those with a keen eye, it was evident. In her 1952 romance novel, The Price of Salt, love was the crime, being homosexual was the crime. Highsmith hadn’t betrayed her coveted genre, after all. Much the same is the case with DeMeyers’s Danny Boy here. Except that, there is no love, much less romance in this short. And, that it’s a man’s world through and through, and hence, the aesthetics of it play faithfully in accordance.

Francis (Sammy Horowitz; also the writer) is on his way to pick his associate Danny (Jett Jansen). Relying on their common friend Steve’s inputs, the duo is en route to a heist. The colourist (Ryan McNeal) deserves a special mention here. The particular hues of blues and oranges add a distinct tone to the twilight hours, implying both at the time and the activity undertaken. A film that is set with the two outlaws in a moving car, the cinematography (Deangelo Harding) carries with it, the weight of its limitations. However, Harding both manages to retain a sense of conviction in his characters’ settings, while offering a refreshing lens over this film that largely relies on a camera banked to the car’s hood. Also, the screen space while being equally shared between the two present in the frame, offers neat variations in how they are placed, adding to the richness of the narrative that tenderly balances the dynamics shared. From the word go it becomes evident that the two, though sharing their profession and act are dissimilar in characters. This is achieved through the skilful writing that offers enough dialogues to both Danny and Francis to elaborate on their thoughts.

It is both remarkable and unusual for a story on crime, gang wars and heists to tread upon sensitive subjects such as homosexuality and by defying the conventional, what DeMeyers essentially does is both challenge and amuse his audience into a unique experience. While the film pays a very obvious ode to the genre flicks from the yesteryears, Danny Boy also has enough material of its own to sustain itself. Take, for instance, the writing that expertly weaves an elaborate backstory without so much as even introducing a third character. Its due to the writing, primarily, that this is achieved. We understand Steve without even meeting him, or Danny and Francis’s backstory simply from their conversations.

Also, the visuals used in the opening scene are unusual for two reasons: One, short films seldom resort to elaborate opening sequences (main titles). And, two, the graphics and music used both contribute to creating the rich, murky world of Danny Boy. One is prepared from the onset at what the story is set to offer.

JeffMcEvoy additionally, contributed to the taut storyline by keeping the edits incisive. Horowitz and Jansen are both given equal opportunities to play with their characters, and they lap up on the chance. The duo possesses an easy camaraderie making their disagreements casual and believable. It is the cumulative effect of the setting and the conversation had that brings out the core of these characters. A remarkable achievement, that.

With Danny Boy, DeMeyers has offered a wonderful short that not only pays homage to the gangster warlords, but also subjects his audience to an amusing, (even if it’s dark), whodunit that is bound to draw out as many chuckles as gasps.