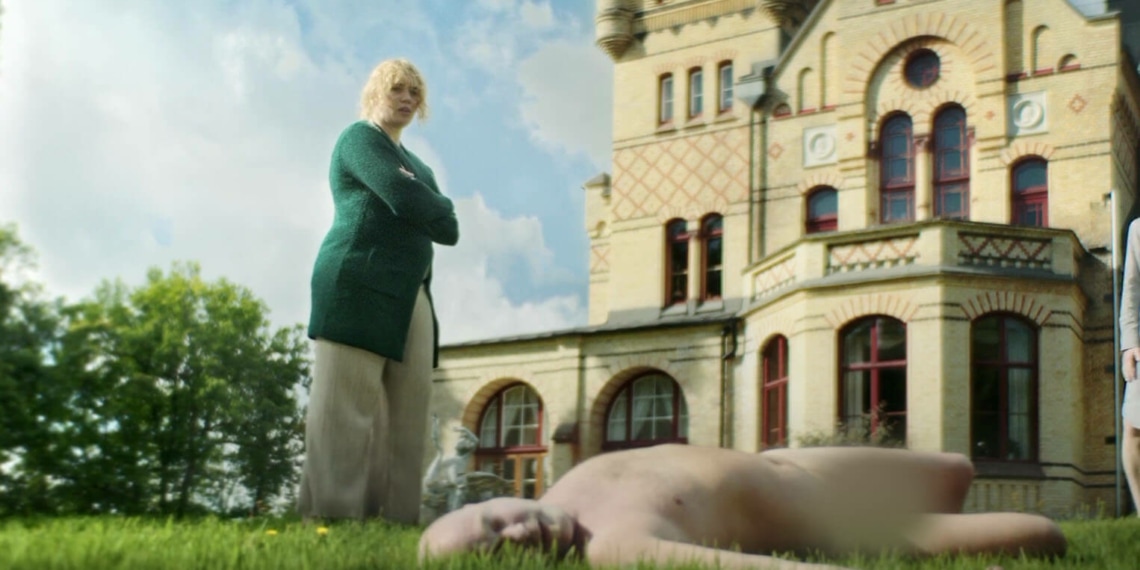 Elina Sahlin’s Department Of Detachment feels like many things at once. An ode to Yorgos Lanthimos’s work, a distinct reminiscence to the Bergman-style delivery, and a wonderfully scripted short (all of 7-minute) on a topic that has been painted in more or less the same colours. What Sahlin, however, does is, subvert the usual and fill it with multi-layered subtexts, to impart a fitting social message that can’t quite easily be dismissed.

Eloise (Camila Bejarano Wahlgren) is heartbroken. A relationship she nurtured and cared for has ended. What does she need? Most films would say a rebound, or if they choose to be more generous, then a lesson on self-love. Not Sahlin’s Department Of Detachment, though. Here, Eloise is poised for treatment, a love-cure so to speak. An unusual plotline that goes further to elaborate on the steps to be taken to have a lovesick individual recover from their heartache, Department Of Detachment carries the promise of a few thrilling moments and a splendidly narrated story.

Shot in the middle of Sweden, in most likely a late 19th Century castle, the visual appeal, needless to say, is stunning. And, cinematographer Emil Klang gets the pulse of the film. This is evident from the shots that oscillate between the breathtaking landscape (ingeniously used for the static, tertiary character) and the grand interiors. In the lensing that offers subverted perspectives that go hand-in-hand with the dialogues, the film begins to grow on the audience, as they come to realise that this is what satires are made of.

The writing is pointed, as are the characters and dialogue. The brusqueness of it is hard to ignore, harder to forget. And the credit to this goes to the director’s vision and ability to bring back the aesthetics of Bergman’s writing. The intellectualised outlook is synonymous with artists and contrarians’ thinking who might easily find in this film their voice. Not to forget, the brilliant cast that fleshes out each character with a believability that is often lost in humour or sarcasm-driven roles.

As we transverse this unique rehabilitation centre that is set to return our protagonist back into our society, with her former glory restored, we begin to think of the tropes and age-old clichés, the mindless inheritance of what constitutes a properly lived life and what makes for gestures from a lover healthy. The film compels the one to think, push the envelope and wonder at what the notions of love have come to be. How addictive its toxicity or even glory can be. As Eloise struggles to make peace with hers, we slowly begin to see the point. It’s not just her, but the audience as well that need the rehabilitation centre.

Editor (Anton Nilsson) who keeps the pace steady, intercuts scenes offering timely comedic fodder while ensuring that the audience never loses sight of the protagonist. At every instance, care is taken to understand what the film is gunning for and the prime message it is carrying with it. Mikael Lindblad Ehnborg and Daniel Kylén, whose composition comes second to none, becomes the perfect vehicle in which the entire film completes its voyage.

The funny thing is, despite the absurdness, and the grandiose of the setting, Department Of Detachment actually hits the mark. There is a keen understanding of the aesthetics used that helps to achieve this. It’s a larger-than-life world and the set design duly reflects it. Be it in the colour palette used or the distinct framing of the scenes, Sahlin clearly outdoes herself (and so does the film’s climax).

What the Department Of Detachment does is subtly question your beliefs and understandings of the societies, time and culture. Love, in all its potency and toxicity, finds its salve in the institution that the film aesthetically captures. A must-watch for all film aficionados, the short not only offers some stunning audio-visual imagery, but also elucidates the perks of taking the chance to explore topics and settings that most daren’t fidget with, much less tackle. Sahlin, on the other hand, proves that she is neither the sort to buckle down, nor let her audience do the same.

Kudos to the entire team!