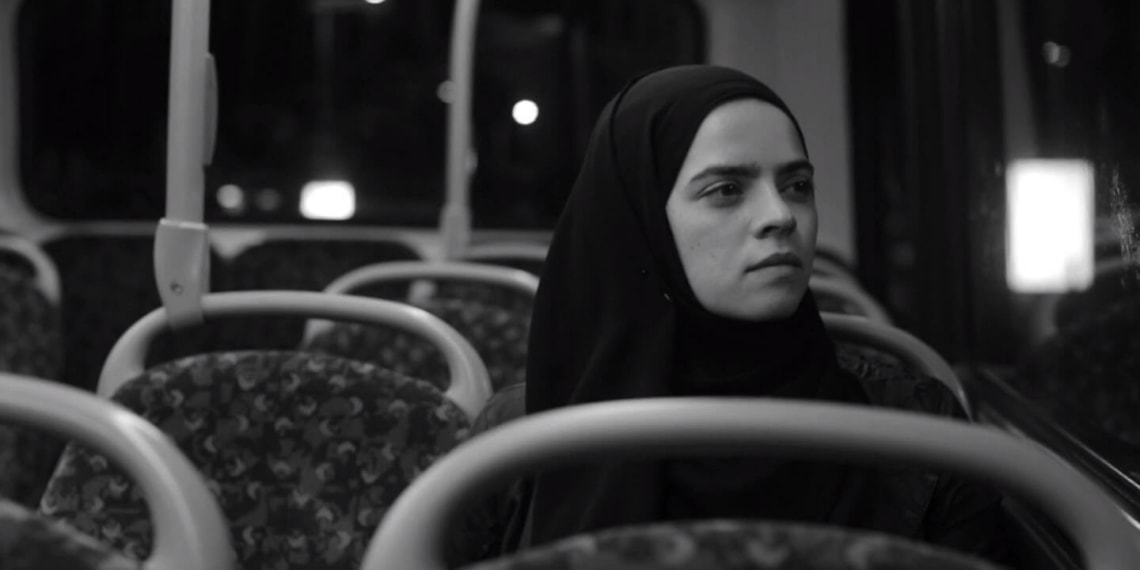 Director-writer Hassan Raza’s 35:00-minute-long Zaara is many things at once. It’s a social drama, filmed with the distinct style of a silent movie. It’s a short that explores sensitive subjects such as racism, gender stereotype, family discord. It’s a tragic telling of a girl, unable to assimilate herself into the norms and confines of societal life. The frames carry a peculiar vibe of documentary with them, but quite easily, Zaara fits the bill of a biography. The protagonist is a filmmaker herself, and her project bears an eerie resemblance to her own real life. If this is based on real-life incidents, then it is a sharp inspiration, well represented. If it isn’t, then too it’s a well-made film that shows a mirror to the dark side of reality, both of an immigrant and a dreamer.

The eponymous Zaara (Sonera Angel) is our central character around whom the narrative spins, a sheltered girl whose bearings on reality are skewed. Born into an immigrant family, Zaara is well taken care of. From the languid, opening shots filming her room (kudos to the production design), this film aficionado’s shelves bear the telling sign of her passion and obsession. Her walls tell the story, and we spend the first 6-odd minutes silently with her, in the privacy of her thoughts. A distinct choice by Raza, the film is shot entirely in monochromatic shades of black-and-white, with minimum to no music. This alone adds a nuanced layer to the story as it forces the viewer to remain rooted in the plotline and its characters. There is no background score to cushion or dramatise the scenes. Whatever is presented, is done so, credibly on the very able actors’ shoulders. And, this is a telling sign of Raza, who trusts his storytelling to hold the fort.

Zaara’s father Aslam (Brij Mohan) and her volatile relationship become evident from the moment they share a frame. Their bitterness at having failed one another spills in acidic dialogues thrown at each other and the actors make the discomfort felt, as their characters begin to slowly disintegrate. The writing is on-point, as it becomes too specific for comfort. There are references made at one’s culture, nationality, why, even gender. And, they are all far too real to even be distinguished as just another fictional tale. Raza, who also doubles up as the film’s editor and DoP offers no add-on element to the lensing. The editing, in sync with the tone of the film, often opts for slow fade-ins than the usual crisp cuts we are used to. All of these creative choices add to the enhanced viewing experience the audience gets to enjoy.

The scenes between the father and daughter become particularly poignant, not only because they establish the key points in the plotline, prepping the audience for the climax, but also because of the cinematography, which chooses to present each frame in the most hard-hitting way possible. It’s not in the technical choices, but in the personal signature style of pausing a tad bit more than the usual, filling the storyboard with silences than cramming it with dialogues that set Zaara apart from the rest. Rehana (Monisha Hassen) Irtiqa (Geeth Reddy) who play the step-family to Zaara are the perfect cast to this dysfunctional family where every member’s tangent is not only off of one another but barbed towards themselves.

As Zaara pretends to overlook the looming prospects of the financial situation she has landed herself in, unbeknownst to her and her family, Harvey (James Graeme), a scrupulous bailiff has devised his ways to extract what he wants. Taking advantage of the family’s dilemma and their inability to form a consensus, Harvey not only manages to stake claim to what he wants, but also ends up getting the better part of the deal.

It’s hard to pick the actor from the ensemble cast whose significance proves crucial to the storytelling, for each one of them makes their unique presence felt. Be it Mohan, Hassen, or Reddy, or Angel, the four play off of each other. Watch out for the scenes where Aslam and Rehana break into a verbal spat even as the family confronts Zaara about her financial misdoings. The lack of dramatic lines makes their dialogues believable and un-cringeworthy. In fact, it wouldn’t be a stretch to say that most of the lines mouthed are quite easily thrown around in many Asian households.

While the film attempts to explore Zaara’s inability to deal with her own problems maturely, or her lack of courage to face the consequences of her own actions, it subtly multi-layers itself with subtexts on racism, flawed legal system, and cultural rigidities. And, while this might seem quite a lot for some to take in, the languid pace at which the film is set certainly offers the time to understand and empathise with characters that might seem far and yet very visceral in their existence.

Watch Zaara to have a peek into the life of an artist, or someone born into an immigrant family. Watch it to understand how dreams and realities when at crossroads with one another, cost those caught between them to pay the most.