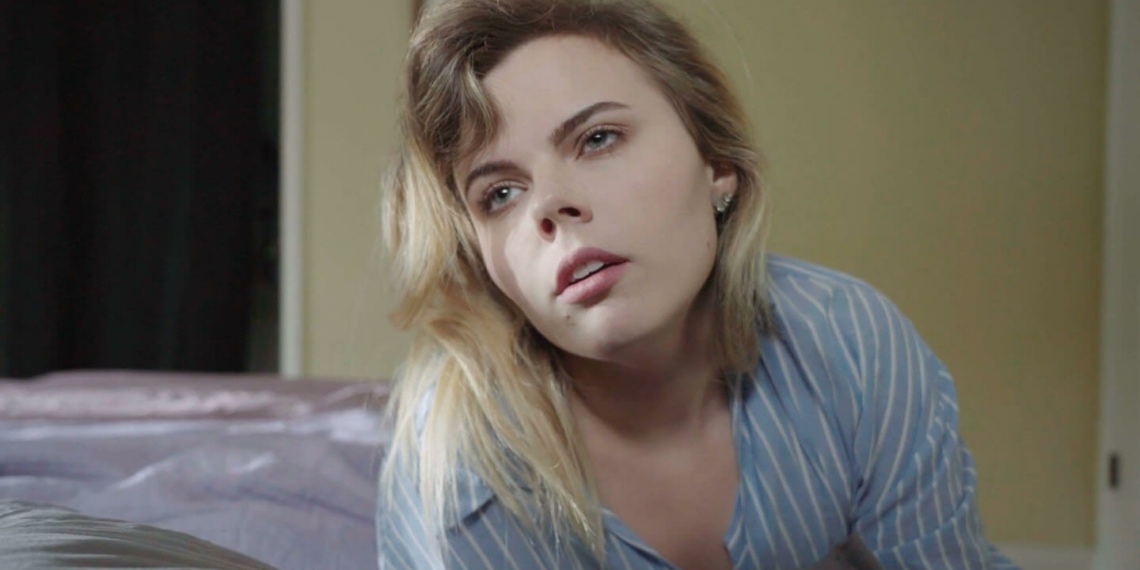 It’s hard to peg writer-director Nikhail Asnani’s The Foal into a genre. It has convincing elements of horror, fantasy, why even a thriller. A slow narrative that takes its time to build, offering enough drama to make its audience invest in it, the short at 10:30-minute might seem peculiar for its subgenre, especially because neither the colour palette nor the cinematography offers the usual, standard choices exercised, making The Foal unique in its take.

A terrible hangover robs Lila (Madison Gallus) of a happy morning. Quite unsurprising, one might presume. After all, this is how parties end, right? But, the slow-burning ritual of a party that has rendered its attendees at best, half-conscious is the least of our concerns, when one of them is clearly dealing with something more sinister. Tristan Chilvers whose composition gives cues to the mood of the film, slowly begins to build up. And, we brace ourselves for the ensuing events. The party couldn’t have been that uncomplicated, for not only has Lila woken up disoriented but with a clearly bruised neck.

What makes The Foal unusual as mentioned earlier is the lack of dramatisation to its narration. Despite Lila’s injured neck, we only passively worry for her, and the reasons for it lie in Asnani’s restrained direction that does wonders to its narration. Neither the camera nor the colour palette signifies anything out of the ordinary. However, the music and the writing establishes the story’s distinctiveness. Take, for instance, the shot that focuses on the props used in Lila’s bedroom. No slow motion, no dramatic angles as the figurines come to focus. Even as we are introduced to her husband, David (Noah Fletcher), the looming tension between them is highlighted only through very mundane, regular actions. The tiresome words exchanged, the bitterness, and the cold state of their relationship is predictable, for David is made to be the uncaring partner of the two. But it is not overemphasized as is the case with most films of a similar kind.

As David insists on Lila joining him on his debut book’s launch, an unwilling Lila is forced to confront the vestiges from last night. How could she possibly bear even the slightest sound with this disastrous hangover? Can’t David be a little more understanding? For those who might have a word or two on the characters, the writing does seem a bit choppy as if solely intent on making either of the characters bland, or at worst, cruel to make the other’s trajectory justifiable. But, keeping that aside, Gallus and particularly Fletcher make their characters understandable. David, although insufferable, doesn’t make it hard to believe in his motives. He is the trope, and quite unfortunately, the reality too.

Yaping Zhen whose brilliant editing maintains a steady pace for the film ensures that there is no room for continuity errors. This helps keep the audience passively engaged while subtly wondering at the arc of the characters and the consequences of their actions. Rachel Bickert whose skilled handling of the camera belies the abject horror of the film, certainly manages to create a tense environment, effectively warning the audience of the impending doom.

Asnani clearly has a flair for storytelling. Recipient of the Bronze Award at the 2020 Queen Palm International Film Festival, his craft needs no further validation. But for those unfamiliar with his work, The Foal should alone be a testament to a fertile mind’s creative genius.