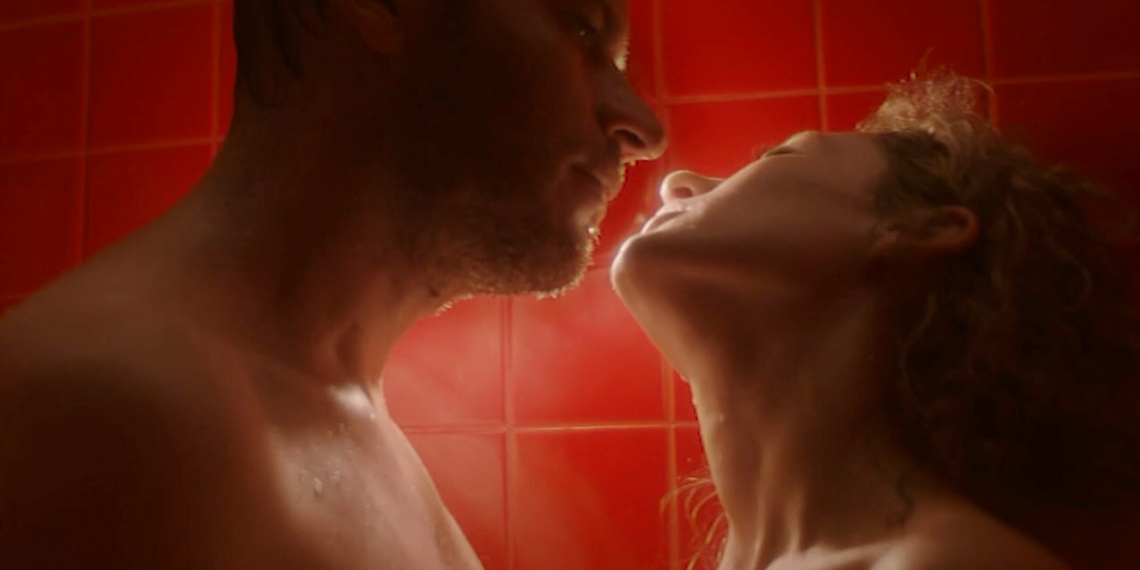 It is hard to imagine, much less believe that Chekhov’s ‘He & She’ could ever be translated for the screen. A story with no real narrative, its voice, however guttural, is hard to capture. Two lovers, and their marriage that becomes the specimen under the lens is subjected to naked assessment. Nameless as they remain, their union is circumspect with the bitterness that eventually ravens any relationship with the passage of time. But, in director-cinematographer Daria Geller’s short, she attempts the impossible. Not only is the fluidity of human character and mind picked on, but so is the complexity of relationships. In essentially presenting this subject, what she does is use her lens to paint as authentically as possible the frailties and fragilities of human bondages. Watch out for the most impressive, most absorbing 17:13 minutes of your life!

Evgeniy Kharitonov is our Him to Miriam Sekhon’s Her. Manager of his wife’s soaring career as a singer, the original plot, while set in 19th century Europe, is replaced with sombre Soviet and is more bare than glamorous. The characters fleshed out from the pages are transformed into real, vulnerable even, but testing people—much like we all are in real life. And it is Geller and Asia Fix who should be credited for this. Their splendid writing manages to pack in so much within its minuscule timeframe that it leaves one exhausted with the volume of layers presented. The characters do not even speak to each other, but instead, almost speak through one another. And the effect is incisive. We become their mediator, we become their allies, we become their advocates and prosecutors. The fourth wall breaks, and we become their voices.

It is primarily Geller’s masterful hold over her camera that brings Him & Her to life. Take for instance, the opening shot of the journalist sprinting across foyers and staircases. The camera follows him hurriedly, bringing to screen tangible energy. It is through his lens that we are first introduced to our characters. They remain elusive to us, as they do to one another. Their acrimony is not evident in their words, but in the actions towards one another. It is hard to describe even the complexity of the subject that Geller has so effortlessly managed to bring to the screen. One can sense the eagerness she nurses to tell the story in the way she operates her camera. That camerawork coupled with the colour palette, makes the film a visual treat.

The hues of red and sombre shades bring the aesthetics of the Soviet to the forefront, while also portraying the swaying dynamics between the two characters. One moment they cannot stand each other, the next, they can stand only each other. The dialogues, almost like love sonnets, or angst-ridden outbursts, lay across the story like snowflakes on a deserted town. And no amount of words shall ever fully credit Kharitonov or Sekhon. So in-tune are they with their characters and each other’s performances that it is hard to tell at which point Him exists or Her begins. Both offer a performance that is empowering, absorbing and only a worthy match to their co-star’s.

The pacing of the film is largely erratic but at times languid too, and the fluctuation (credit goes to the editing) propels the raw intensity with which Him & Her exist in one another’s universe. And the ultimate build-up that Geller pulls off to the only scene where the two connect in a manner that makes them exclusive to their pain and love is outstanding beyond belief.

Him & Her can never truly be limited to mere words. It needs the colour, the vivaciousness and loss of Sekhon’s performance or indifferent-boyish-charm of Kharitonov. It needs the music, the lack of it, the brilliant cinematography that invites us into the mad, mad world of two souls meant only for one another, and destined to be each other’s ruin.

Watch Him & Her Short Film