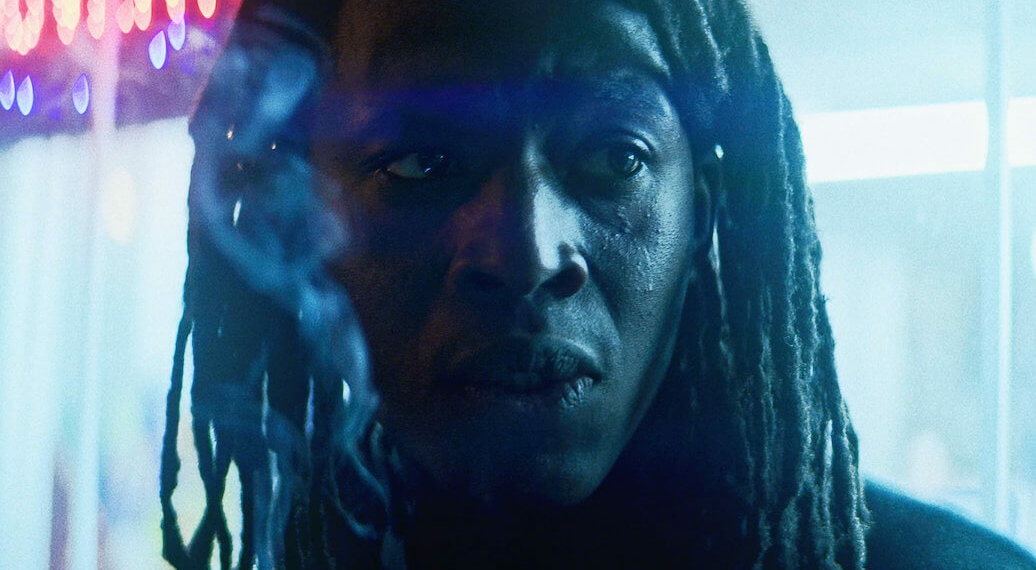 Will Niava’s (writer-director) Zoo feels personal. Like a page out of his diary, an excerpt of his biography, the short gnaws out a piece of his life. It is gripping, questioning and most of all, not keen on letting its viewer rest in comfort. A reflection of our contemporary times, this film, all of 11:37 minutes, quite intelligently, puts together several social affairs we would love to turn our gaze away from. A concept developed by Anthony Galati & Will Niava, Zoo is promising of a time that one can mark as the moment their latent minds might feel shaken out of their reverie.

Amos (Amos Nzamba), Slim (Brendan Sheehan) and Santos (Ian Contreras) are the triumvirate that pull us into the disoriented world of the marginalised. Amos, whose musings we become privy to, additionally lets us know what it feels like to be the one who wants to escape their circumstances. Escape it might be, but the deliberation barely scrapes the surface. Which makes it doubly impactful, when the full extent of what it means to be a black man is exposed in the second half of the film. The trio shares instinctual chemistry. It would not be hard to believe if one were to learn that the three are friends in real life as well. Their banter, the unintentional flare-ups, and occasional brawls reflect in their own way a more primitive, if loving, bond; one founded on mutual protection and brotherly affection.

Without DP Simran Dewan’s expert handling of the camera, whether it is the timely panoramic shots, or effective handheld shots, or the night scenes, the film would not have been as pulsating as it turned. The setting—the desolate parking space of a department store, sparking off the course of the climax—is another choice which shows that Niava is no stranger to the nuances of cinema.

When the friends, on a regular night of nicks and runs are put in the same space as Alec (Ian Cloutier), an off-duty police officer whose own dilemma is made evidently clear, we brace for the worst. George Floyd is a name we will not forget, but there have been countless before, and unfortunately, several more since, simply because the colour of skin is seen as evidence of criminal intent. This film explores such an incident, but in a subtle, meditative way.

There are many things that make Zoo significant. It does not judge, despite its very obvious subject, characters and setting. Canada, a country where possession of cannabis is legal, makes it particularly interesting how Niava manages so skillfully to present the same as the prime force of his film’s narrative. Likewise, the stellar cinematography and editing contributes heavily to the character’s journey from being a victim to a perpetrator and then back to being a victim again, essentially making us realise that the path to acceptance is never linear. The pace is thrilling as it steadily builds towards the climax and the neat cuts make for an engaging experience.

As the friends (primarily Amos) are caught by Alec, whose own despairing mood adds to the tension, status quos are challenged, power dynamics between perpetrator and victim, lawmaker and breaker, are flipped and what we have is a kaleidoscope of generational racist bias, our own skewed perception of reality and what accounts for justice or retribution.

As the scuffle snowballs into something worse, the lines blur (special mention to the sound design in these scenes for their deft understanding of the tone of the shot). Ultimately, we are left wondering what demarcates right from wrong, truth from deception, and astoundingly come to the conclusion that in Niava’s Zoo, there is no black-and-white, only grey.

The characters are all flawed, all equally in need of correction, and help too. There is no absolute truth, only relative perception of it. While presenting a contemporary issue of racist attitudes, Niava is essentially making one question oneself for their understanding, questioning and silence.