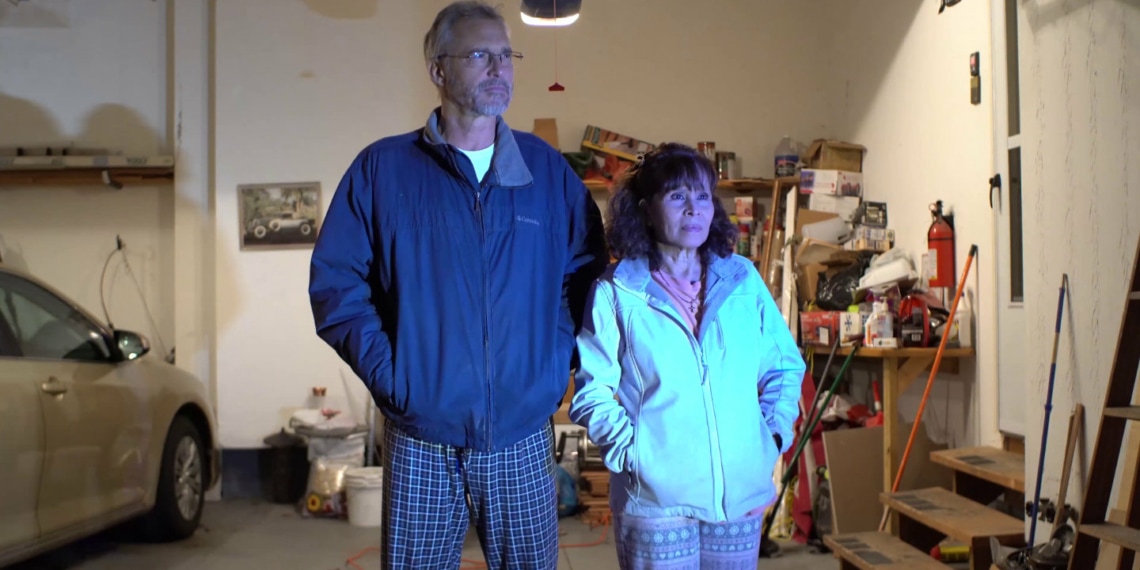 Couple jokes are clichéd. Quarantine ones, even worse. And yet, in directors Antonio Harper and Abby Burton’s pre-lockdown world, these jokes churn out something warm and pleasantly enjoyable. Based on Bernie Golias and Sarah Golias’s true story, as we are informed in a very dramatic, 50s cinematic style (a choice that is fitting considering the film’s events are limited to a single night), Panic In Valley City is a 10-minute film that deals with a couple’s dread on New Year’s Eve.

It is nearing midnight and the world is rejoicing yet another year’s end. Mr and Mrs Golias are in deep sleep when the thuds are first heard. Recipient of police training, the husband’s suspicions dive straight for the worst, while the missus, who knows better, sleeps better. It is not surprising how the man jumps to the rescue and goes ahead to do his own investigation while the wife continues with her slumber. It is hilarious even, considering how, at this point, all we know is that it is his own actions that seem to be panic-inducing (poor corgi could testify to this!).

The mister takes only a couple more minutes to work himself up into a frenzy. And once the flashlights flood the house followed with strangers’ footsteps, he has no reason not to. Begrudgingly even, as Mrs Golias joins her husband in his adventure for the night, it is evident that one of them is letting their imagination run wild. The rest of the story is letting us partake in that imagination.

What makes Antonio Harper and Sarah Golias’s screenplay enjoyable is the genuine warmth and chemistry between the couple. The pauses, eye-rolls, laughs, all come to mean more when the climax reveals the moment they have been dreading the most. Eli Manos’s composition comes in handy, as it plays along the worrisome moments of panic and the lightheartedness that follows.

Harper, whose cinematography and editing tries its best to sustain the tension, falters, but for the film’s minuscule length, can be forgiven. When the help finally arrives, Mrs Golias does not miss a beat to remind the mister how unproductive his actions have been, except that today they can both boast of a film that has them to credit for!

Panic In Valley City is a tender presentation of a couple who have spent many summers together and when it is in the familiarity of your partner that you find your comfort and safety, what external forces could possibly shake you from your slumber? Right, Mrs Golias?