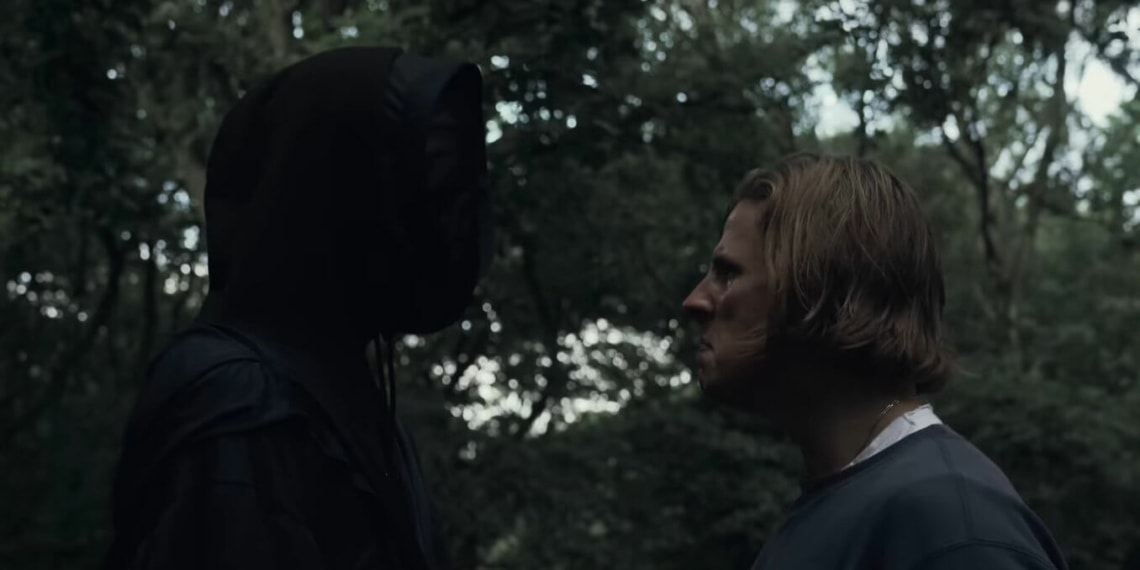 This multi-directed (Harry Boulton, Gabriel Goss & Jude Wakeley) 12:42-minute short feels too close for comfort. By accurately portraying the face of clinical depression, what Lost Bond does is, raise the bar. Far too many films have been made on this subject with each offering its own unique take. But, in this one, it not only explores the mind of the victim, but also those around him, and beyond that, specifically the lingering, haunting dread that comes with clinical depression.

Mercifully, the patient is diagnosed in Lost Bond, but before we arrive at this discovery, the directors expose us to the faceless, nameless entity that opens the film to a chilling effect. In his dark, hooded form, he becomes the dread, the monster lurking in the dark, waiting to devour his prey. DoP-editor Harry Steele has some stunning imagery to capture. As the hooded entity shifts uncomfortably, (props used to brilliant effect), his actions, a replica of what goes on in the minds of depressed souls, the effects are hard-hitting. The editing, also by Steele requires special mentioning for their crisp cuts, adding to the tense environment.

Ollie Palmer who becomes our Ollie in this less than 15-minute long film is being counselled over his clinical depression. His face, a blank canvas is open to the myriads of emotions that run across his mind. It is quite commendable that in a film that doesn’t rely heavily on dialogues, each character/actor is given sufficient screen time to own their journeys. And, the well-timed and well-choreographed dance sequences come in as a wonderful intercut to the dreariness of someone’s haunted and trapped mind.

Colours play a huge role in the Lost Bond. The darker shades reserved for the unpleasantness, but the sombre hues of white against the backdrop of the beaches rightfully saved for the moments of freedom, the film is a visual essay. It is commendable that the minimum dialogues incorporated are used to their full effect in the one wholesome conversation had in the film. Ollie and Lucy Hunt, (one of his best mates he agrees to meet after his bout of self-isolation) offer us this; the most authentic, heartfelt conversation. The actors, both, true to their characters not only share believable chemistry, but also bring to screen interesting dynamics. As they argue, go back and forth in reason, we see the shadows that loom over Ollie and in making their presence felt, Lost Bond finds its closure.

Charles Mathias, Safia Kazim and James Grout Smith, without whose music, this film would have nearly lost its wistful tenor, offer just enough to make each aspect of the human mind’s complexity tangible. Lost Bond doesn’t offer any solutions, much less answers. It simply and very plainly shows the anatomy of clinical depression.

Lost Bond film is the first project of the collective ‘Lost Bond Project’ raising awareness for mental health, all proceeds from the film and projects are being raised for Young Minds UK. Donate here.