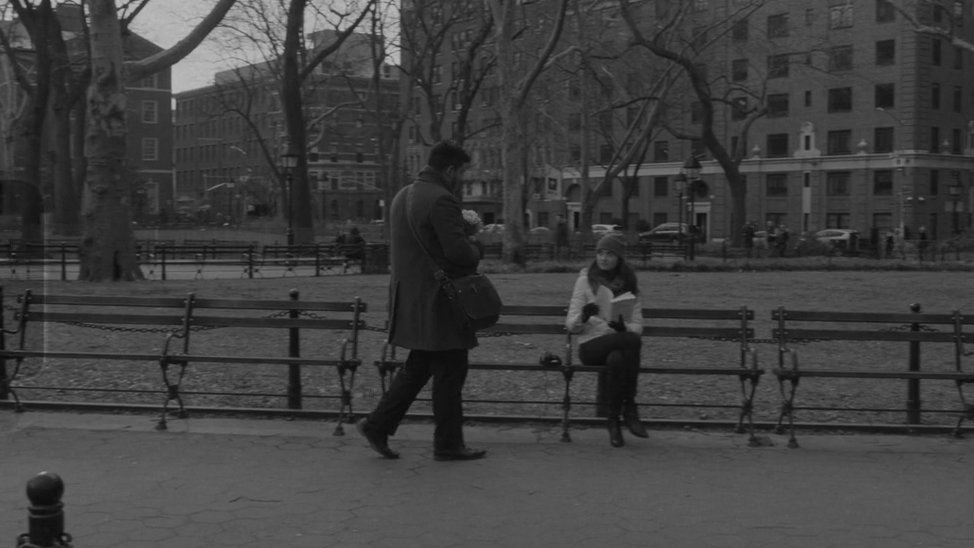 Writer-director-editor Andres Ramirez’s 3:38-minute short is an invitation to all film aficionados alike. A quintessential elegy written for the greatest influencer of cinema, From Charlie, With Love, has something to offer to everyone. It doesn’t matter if you are in it for the recreation of the silent cinema or the classic Chaplinesque execution. But, there is something in it for everyone.

A breezy, lighthearted short of a meet-cute that is hard to not gush about, From Charlie, With Love would be more apt if titled ‘To Charlie, With Love’. For this is essentially an ode to the mastermind that was Chaplin. His ingenuity and talent can perhaps seldom-to-never be matched, but in this less than 5-minute short, Ramirez certainly offers enough to make one relive, rediscover, and readdress the cinematic contributions of Sir Chaplin.

It is Sawyer Adler’s music including the piano piece by Noah Horowitz that stands out the most in From Charlie, With Love. It brings with it a nostalgic buoyancy that helps the story remain afloat long after the credits begin to roll in. Steven Burgos who plays Charlie meets Clara Carlo who infuses Virginia with the yesteryear’s charm. The two exchange glances, smile and the rest is up to Charlie! Defiant on claiming the heart of his ladylove, Charlie begins to try every trick up his sleeve—but alas, Virginia has more interest in The Seminar of Jacques Lacan than Charlie’s endearing exercises.

The black-and-white short with its unmistakable grainy texture and ratio carries the hallmark of the silent cinema, not to mention the Chaplin films, but despite its very modern setting it manages to recreate the charm of the 30s’, a feat that is both merit-worthy and commendable. Ramirez keeps his story simple, the setting simpler and the execution elegant. The editing is clean, leaving no room for the melodrama, which might have been a case with the originals, but in this fan-fictionalised version, it is neat and crisp, kept aptly under the 5-minute screen time, making it doubly enjoyable.

Jasmine Tan whose cinematography has the inexhaustible scope to experiment, makes the viewing of From Charlie, With Love easy. The cue/text card used, another befitting choice in maintaining the authenticity of the era the film represents does wonders to add believability to the intent of the film. As Charlie ups his tricks to win Virginia’s favour, we don’t know the outcome yet, but we certainly fall for Ramirez’s tricks. This is a film that can’t be watched without smiling, without cheering.

In From Charlie, With Love, we not only get the chance to revisit the much-loved classics of Charlie Chaplin, but also relive them with the well-thought-out take on making them for the modern audience. Burgos and Carlo, the only cast in the film own it, building a slow stew of their chemistry and potential trajectory, but beyond their cumulative storytelling, it is also their independent, individualistic ownership of their characters that makes their performances charming. After all, Charlie wouldn’t have been half as amusing, if there wasn’t a certain Virginia to charm over.

Watch From Charlie, With Love to relive the magic of old, silent cinema and of course, Chaplin’s idiosyncrasies.