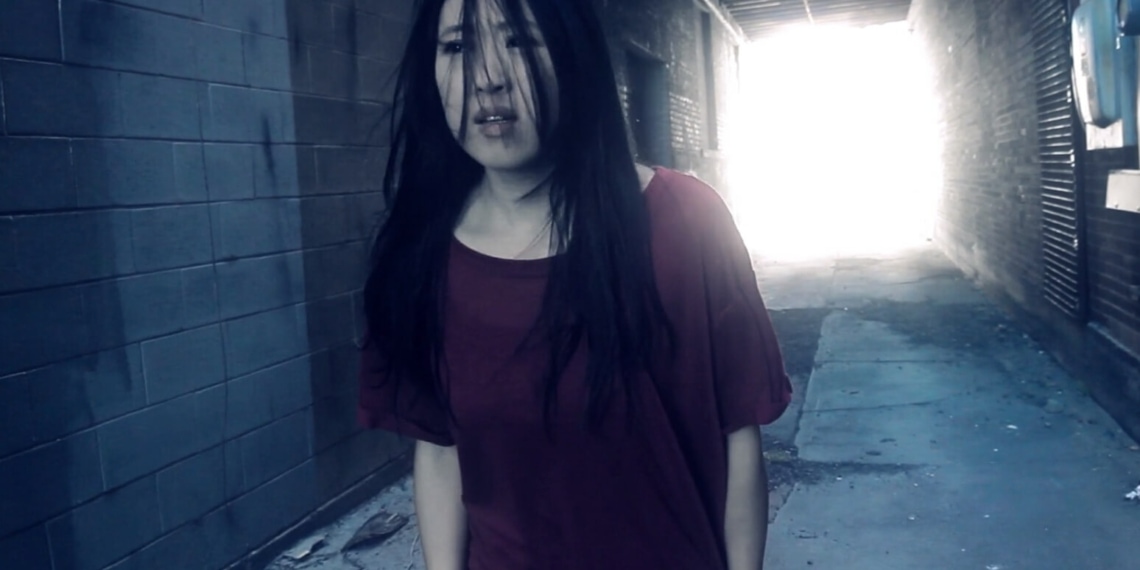 REM sleep is when we are known to dream the most. The wildest. The vividest. And on the unfortunate days, also the scariest. Hector Quijano’s REM blurs the line between the safe reality of sleep and dreams, and chilling horror. Its setting in a parapsychologist’s office does not help matters either.

Dr. Serling (Gary J. Neuger) insists she’s dreaming. Audrey (Bekah Jung) begs him to believe her. It is Audrey’s therapy session, and things are hardly going well. For one, she is haunted by a malicious entity—something Dr. Serling is disinclined to believe (while we, as the audience, are inclined to believe her). And if that were not difficult enough, he is dismissive to the extent that he is barely paying attention, choosing instead to doodle on his notepad and let his mind wander.

Audrey, already vulnerable, begins to describe her dreams and visions, almost as an entreaty to her therapist to believe her. And it is terrifying, especially when a shadow chases her as she runs. It envelopes everything in its path—roads, buildings, and even the very quality of sunlight changes colour. While the other scares in this 6-minute film is standard fare, this manages to take one by surprise, simple though the technical trick may be; Quijano has also edited the film besides writing and directing. The twist climax also surprises, leaving an open ending for viewers to mull over.

Whose dream was it? Was it even a dream? Who was Audrey and are we even supposed to trust her? What will make REM tick with audiences is not its writing (admittedly, it has room for improvement), but the very premise it uses, that of sleep and dreams. We are rarely more vulnerable than when we sleep, and after all, nightmares are more relevant to us regular people than malicious entities. Whether you conclude that the latter never existed, or that monsters mix rather well with sleep, here’s something to give you the chills for a nap or two.

Audiio: Pay Once And Download Awesome Royalty Free Music For Your Films For Lifetime