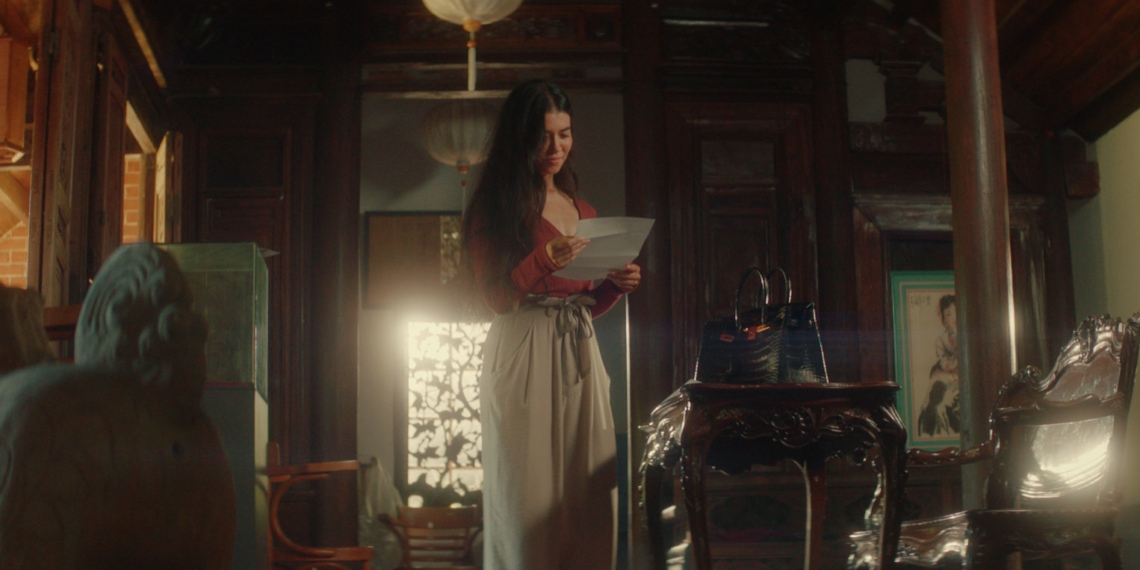 If a poem could be translated onto the screen, or if nostalgia could be framed within its narration, it would look like this. A Legacy Of Us, written and directed by Derek Nguyen, is effectively a love note, passed on from one generation to another, travelling between continents and time.

Cinematographer Kenzo Le takes us into the bylanes of Cai Rang and more. The shots are exquisite, lighting up the market arena and the deserted alleys, lit sombre under the soft glow of the street lights offering a postcard-worthy image. If you have not been to Vietnam, this short is your chance to have an authentic look at it. And if you have, this is a worthy revisit. Le lets the camera sweep across the vast expanse of its water canals and bustling streets. The cinematography is topnotch, the shots falling one after the other like a cascade of a never-ending dream. A foreign language lingers in the backdrop as people rush through their day—or should one say, life?

A Legacy of Us is about a mother (Yen Truong) and daughter (Trazy Carlson). Two people who share a life, memories and experiences and yet, with the passage of time, memories of another life regurgitate in the mother’s heart, a life lived long ago, a life long forgotten. A Vietnamese refugee who migrated to the US when her daughter was still little (played by Emily Wang), the mother (younger version played by ThuMinh Tran) now reminisces of her time in her homeland. The flashbacks are striking, recherché even as they are embedded throughout Yen Truong’s 6-minute long narration.

It is interesting to note how Nguyen chooses a Birkin to sum up the mother’s life. Like an heirloom passed down to the next generation, a simple black Birkin with a letter in it is kept for the daughter, a treasured souvenir of a life well spent. As the contents of the letter tumble out, Esteban Tamashiro’s composition plays along. It is distant, yet familiar. A faint, but an unmistakable ode to the Orient. The music is soulful as it intermingles with the narration and composition of the film.

What makes for memories or nostalgia? As the daughter traces the steps back to her own childhood, she revisits not only her own life’s precious moments, but also her mother’s. As the soothing voice of the narrator reads out the remarkably written letter, we understand the essence of kinship, of belonging, of home, and why, even of abandonment.

A Legacy Of Us is unlike any other film exploring the same theme. There is no room for regret or sorrow here. Even if mentioned only in the whispers, the underlying message is clear, that the memories we pass on make for our true legacies. A fact that is sublimely understood and beautifully portrayed in Nguyen’s short.

#ShortFilmReview: A Legacy Of Us: An heirloom of memories were passed on to her. Click To Tweet

Watch A Legacy Of Us Short Film

A Legacy Of Us: With Love, From A Vietnamese