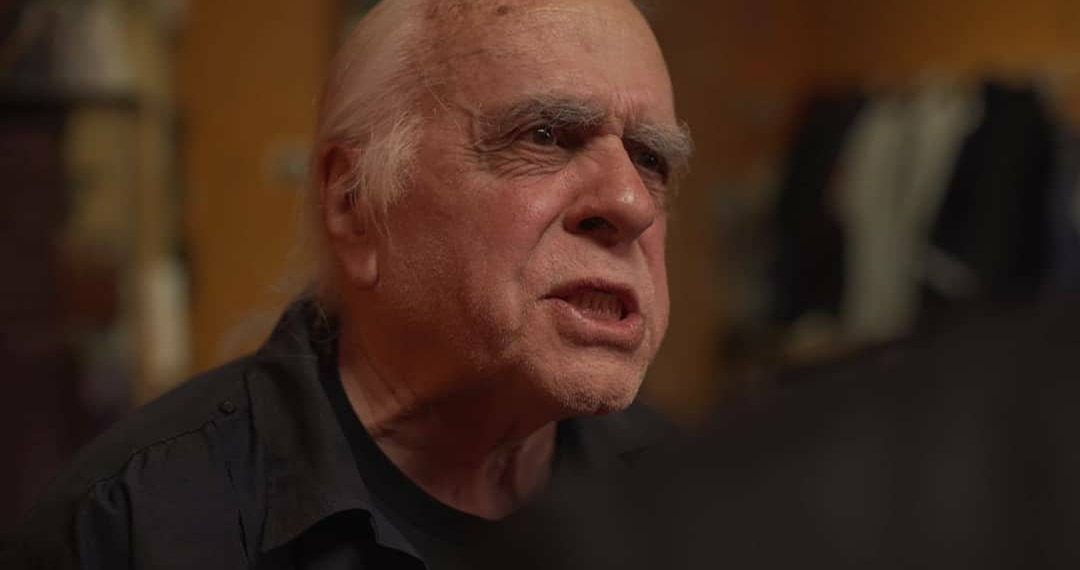 An organisation has gone rogue. For reasons unknown, war veterans have come under its unforgiving eye. But, Greg Schulls is a changed man today. In his attempt to start afresh, he has even done everything to escape his past. Can identities forged alone make for a clean escape? If so, how long can one escape their past, or even fate? Writer-director Chris Ortiz’s RedSin is an 18-minute film that, with its gritty narration, dives straight into our protagonist, Mr Schulls’s troubling past, and the ghost of it that continues to haunt his ageing life.

Sehee Kim’s camera opens the film with its promising suspense. The air is tense as is the raised hand, almost as if in a warning. Ortiz knows how to narrate a story. By choosing to start off in the unusual for a short of this length, he shows his ability to take risks, fully aware that the cast and the story are bite-worthy.

Schulls is Jack Polaski now; an ageing war veteran. A hero whose comrades from the Gulf War have all been targeted by an organisation called the RedSin. How do we know all this? In a very smartly placed conversation between Polaski (Bill Weeden) and Leon (Richard Brundage). The setting of this conversation could not have been farther away from the nature of it—at a barber’s shop. In there, before the customers can sneak their way in, the two old friends talk of a life they wish to leave behind. While Leon tries his best to encourage his friend to let go of his past, Jack is not finding it easy to follow the advice, as is the case with most of us.

Weeden is perfect as Polaski; in fact, that can be said for all of the cast. His aged eyes have seen and buried plenty and now they speak with dread. His changed identity notwithstanding, there are sparks of the old soldier still in him. When a customer Burns (Patrick Heraghty) turns up for a service, the two begin on a chatty note, except that he is not your regular customer, and Polaski cannot discard his concerns as easily as he did his name. Soon facts start to tumble out and we realise that the dread looming in Polaski’s eyes are not unwarranted.

Ortiz packs in a lot for a film of this length. From the suspenseful beginning that the film starts off on, it quickly turns into action and drama, both brilliantly executed—especially the stunts—and leaves one with a stunning cliffhanger. Clearly meant for a series or at least a sequel, RedSin genuinely has plenty to offer, and much room for added twists and turns. What it, however, does not accommodate is diversity in its characters. While Ortiz can be admired for not adding female characters for the sake of it, or worse, turn them into appendages, one must also wonder at the choice (again, too soon to tell, this is clearly the start of something worthy).

The music is on-point, in parts thrilling, and suspenseful. The editing, however, does require tidying as it affects the pace of the film. But to Ortiz’s credit, despite the very limited background offered for his characters, their acting and steady revelation make them interesting enough to sit through.

RedSin offers a bit of everything. Watch out for the camaraderie between Polaski and his friend Leon, or the very organic bond that Polaski builds with Burns (an interesting facet to the story, considering how both play on hidden identities) and the slow-burning of the backstory that comes to forge each character’s journey.

Without giving away spoilers, the action and the subsequent exchange in dialogues are neatly placed in a manner that does not make them jarring to the nerves, and care has been taken to ensure that the narrative does not indulge in the scenes more than necessary, or drag them for the sake of it or luxury of it. In underplaying its highlights, what Ortiz has effectively achieved is arouse the curiosity of his audience awaiting the next strike from RedSin.