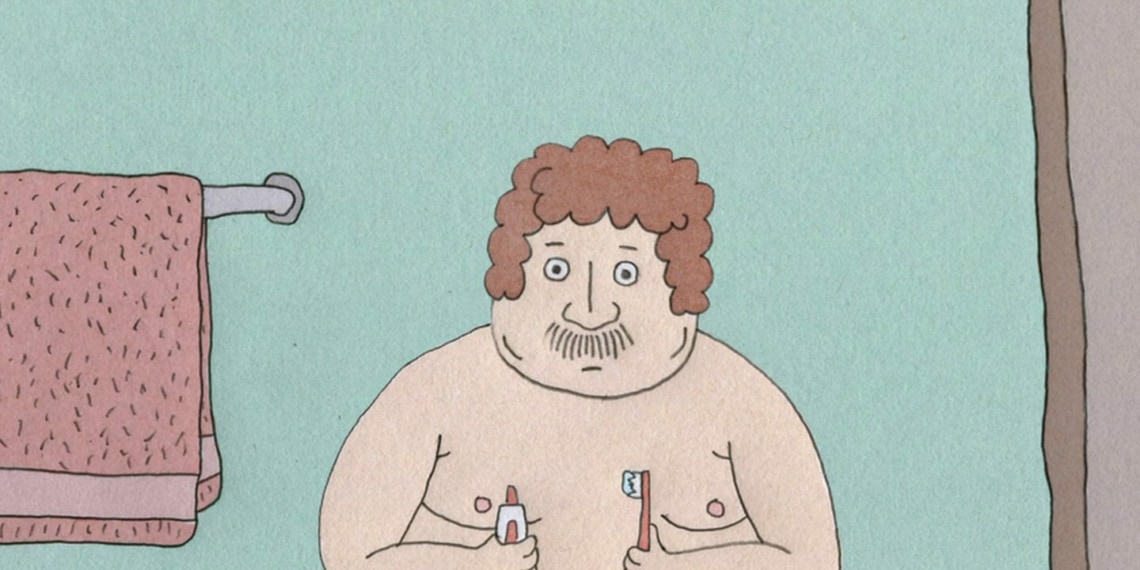 Contrary to the headline, writer-director Bernado Britto’s Yearbook is not dreadful or hopeless. In fact, if anything, it instils a new perspective and understanding to everything passing by our lives. An animated short, all of 5:38 minutes, Yearbook is the story of human history, a futuristic take on the present reality.

The film opens to Britto’s narration, a pointed choice considering how dry he manages to keep his voice, adding an almost unearthly vibe to the story. The story, which revolves around a trusted employee, who could pass off as one amongst the crowd, but harbouring an important portfolio in reality, is interesting by itself. But it is what he is entrusted with that makes it compellingly better—that of collectively securing the important faces and names of human history, names that made remarkable contributions to human history. The intent behind this project? Earth is likely to be reduced to nothingness, and this might be mankind’s only chance to preserve its evolutionary history. It is interesting how, despite all the significance given to ages and time periods, history is ultimately made up of faces and names. And so, when the protagonist starts filing them on to the hard disk, they play by, like moving cards in a magician’s trick, one after the other.

The dilemma he faces is having to pick and choose when the hard disk bloats from overloading and its limited space needs to be carefully used. Funny how, when the time comes, your mind instantly knows which one is for the keeps, and so does our protagonist’s—except that his choice might not necessarily be considered apt or accurate. But the film is not about that, although it is very much socio-political in its setting. What it is significantly about is universal in its reach. When the film delves deeper into the psyche of its protagonist, what we get is a pointed analysis of one’s own life. He might be talking of his wife’s culinary skills or the crushes he nurtured once, or the girls he kissed, but essentially, he is narrating everybody else’s tales. After all, this is what makes up for human history, the feelings harboured, the losses endured and the triumphs celebrated—and they are personal, they are universal, they are individualistic, they are collective.

The animation used is simple, the dialogues simpler and the linearity of the storyline does not come with any bumps. Matthew Cooper’s composition is just as soothing to the ears as the narration, it makes the viewing pleasurable, although it does not take a genius to sense the melancholy that looms over it. What is to become of us should an apocalyptic end of the universe were to happen? What will be remembered of us? While NASA in the past has sent objects for aliens, including a map, and Norway’s Svalbard archipelago has turned itself into a seed vault, our personal tales are only ours to keep and should someone else have to decide to tell our tales, what will this planet be remembered for?

The answer is known to all, but not one anyone would want to admit to.