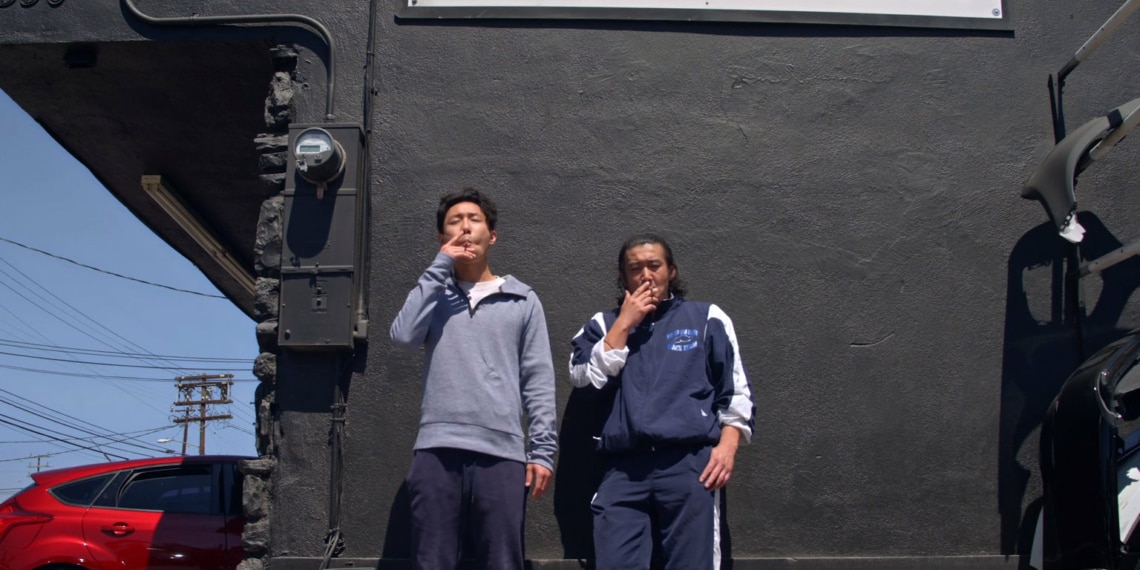 Don’t Try This Alone, warns the title of Artii Smith’s 28-minute comedy, but as it turns out, trying it with a companion does not yield its characters very many great results either.

Over the course of the film, Kevin (Ryan Keem) and Benny (Nobuaki Shimamoto) try and fail on a loop to give up smoking to honour the orders of the house matriarch, Jennifer (Ramona DuBarry): wife to Benny, mother to Kevin. Their attempts to go either way of the crossroad forms the comic fodder of the film, and with the actor’s smooth performances, and Smith’s direction, the half-hour does pass by enjoyably, some turns more entertaining than others.

It begins with Jennifer’s raid of the entire house. She has cleaned out every single nook and corner, and there is not a single cigarette left… except for the last survivor in a shirt pocket. But the men are honourable — or they certainly try to be — and decide to comply and quit. But first, one last smoke. Surely one last cannot harm, they reason then. And again, and again. The flaw of Jennifer’s actions is that she did not plan for the fast-approaching withdrawal and the easy access to new packs. So, the father-son duo find new places, new strategies and new rationalisations for smoking. Sometimes it is under the pretense of an upset stomach, sometimes it is the roundabout twisting of the doctor’s words, sometimes it is with nihilistic reasoning, but Benny and Kevin fall back into their ways repeatedly.

Just as it begins to get old, Jennifer pulls the very last trick she has up her sleeve, ushering in the deciding moment for the two. Now they quit or they don’t. The film leaves it up to the audience to make their best bets.

The film is not perfect. Many aspects of it need work, including the writing. But Smith’s merit is quite apparent in that the film makes you laugh and keeps you hooked till the end.

Don't Try This Alone: A Comedy On Quitting