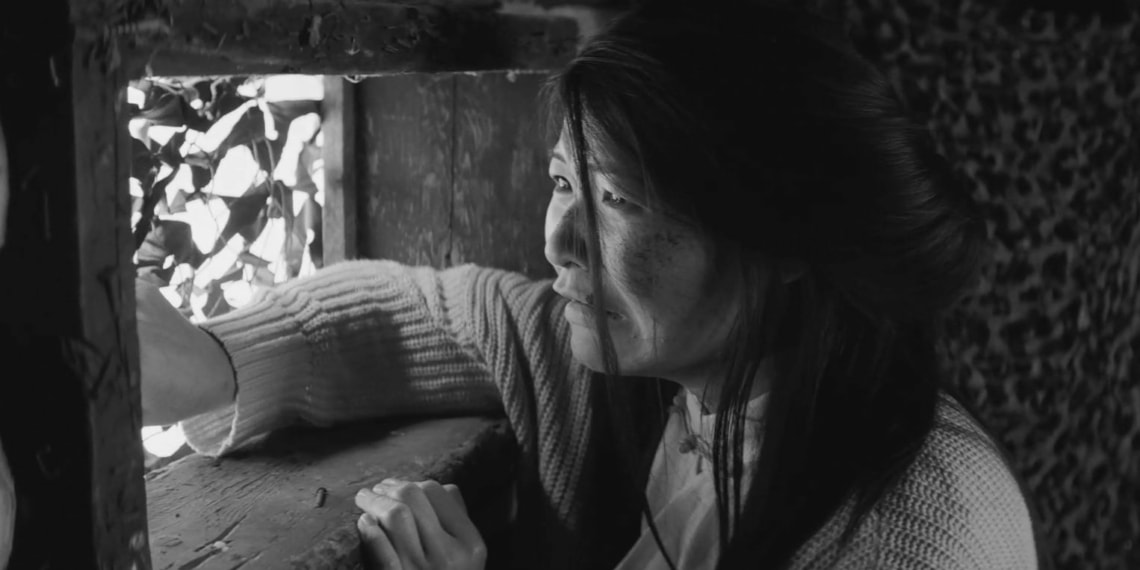 Whether it was the second world war, or the wars raging on today, wartime sexual violence has always been perpetrated. Yet, as Breaking The Silence shows, sometimes — too often —  as much as forty years go by before victims get so much as recognition.

Seayoon Jeong’s 27-minute short, co-written by Sandra Philip, tells the story of thousands of women from, among others, Korea, China, the Philippines, the Netherlands, and Australia, who were captured and forced into sexual slavery, humiliatingly termed as ‘comfort women”. The stats run in excess of 450,000.

Jeong puts a face to the numbers: the protagonist Francesca (Grace Shen), finally agrees to an interview after she is diagnosed with lung cancer. It is 1981, 36 years have passed since the war ended, and 40 years since Francesca was captured while serving as a nurse in Hong Kong. Flashbacks in black and white revisit the atrocities on the thousands, both of those that survived and those that did not. Played by Grace Chim, a young Francesca joined the Red Cross filled with determination and wide-eyed optimism. Things turn bad fast, evoking nauseating dread and horror as we watch people being killed or worse, captured.

In the present, Betty (Rumi Oyama), the interviewer, suggests that Francesca should attend a protest demanding that the UN recognise the issuance of comfort women as a war crime. Shen’s reserved act leaves us unsure whether she will, giving the audience a moment to contemplate Francesca’s character and her experiences.

Jeong adds an unexpected moment of respite, showing an unusual sensitivity to the needs and motivations of a character: the daughter whose photo Francesca keeps returning to, turns up to join the protest. As mother and daughter see each other across the crowd, it becomes explicitly clear that her daughter’s support is the closure and recognition that really mattered to Francesca.

Jeong’s story puts the ways of the world in perspective. Although it focuses much of its runtime on the crimes, the story’s scope spans further, examining a post-war world and the actions of the governments involved, asking why it took forty years to do what should have been done right away. We are perhaps yet some distance away from asking why what happened, should have happened at all.

Don't Try This Alone: A Comedy On Quitting