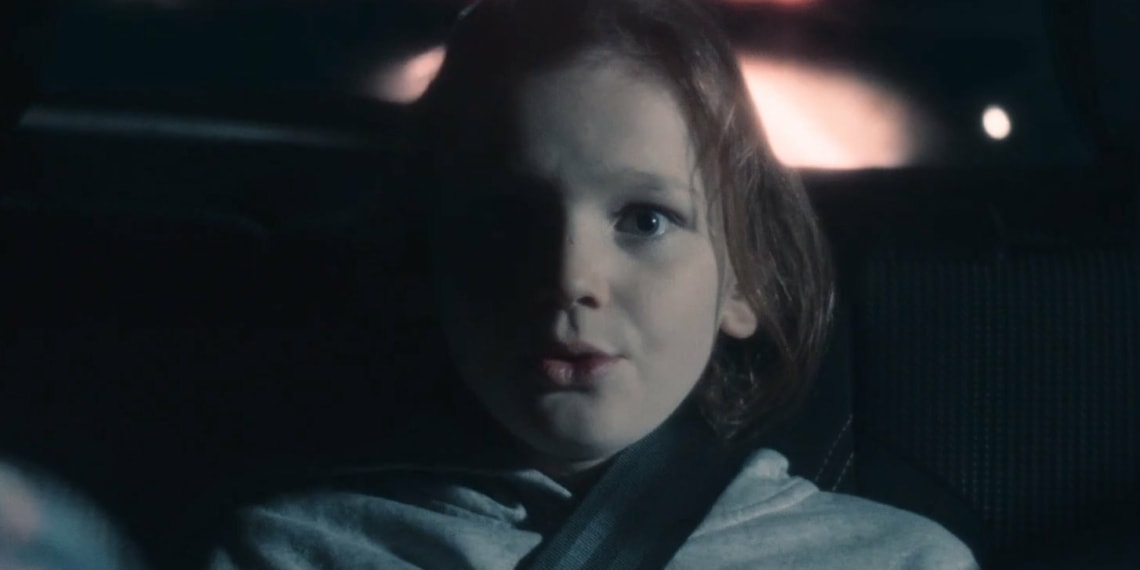 Callum Windsor’s The Erl King takes the mythological figure of the Erlking and twists it into a psychological horror that delves into the subject of grief and trauma.

In the very opening scene, we are shown the event which shapes the rest of little Alfie’s life, as well as his mother’s: his father maniacally driving away with him, leading ultimately to a fatal crash. Alfie survives, his father does not.

In the aftermath, Alfie’s scars — both literal and otherwise — are a constant, painful reminder to his mother (Louise Elliker) of the man who fathered her child and who tried to steal him away, endangering his very life. The film becomes a two way tug — on the one hand, we witness Julia’s struggle with and for her son, and on the other, Alfie (Lewis Hyman) is unable to let go of his father’s memory. To add the horror element of it, his father’s memory manifests to Alfie as the Erlking, while his behaviour becomes increasingly troubled. There is both grief and the supernatural at play here, and the blend is interestingly examined through the perspective of a child.

Elliker’s performance is the cohesive force, producing a believable emotional centre which keeps the whole film standing, even when her final actions do not have the backing of a sufficiently built up intensity through writing. Make no mistake, the overall story is chilling while also being heartbreaking. But it does not translate perfectly to the screen.

The climax will disturb you, especially when it takes you a moment to grasp the meaning of Julia’s actions. You are left to decide for yourself which was the worse parent, or whether Julia deserves sympathy or criticism in the first place, and most of all, how much of the story was grief, and how much truly supernatural.

Finding Filman: A Comedy Riding On The Strength Of Its Script