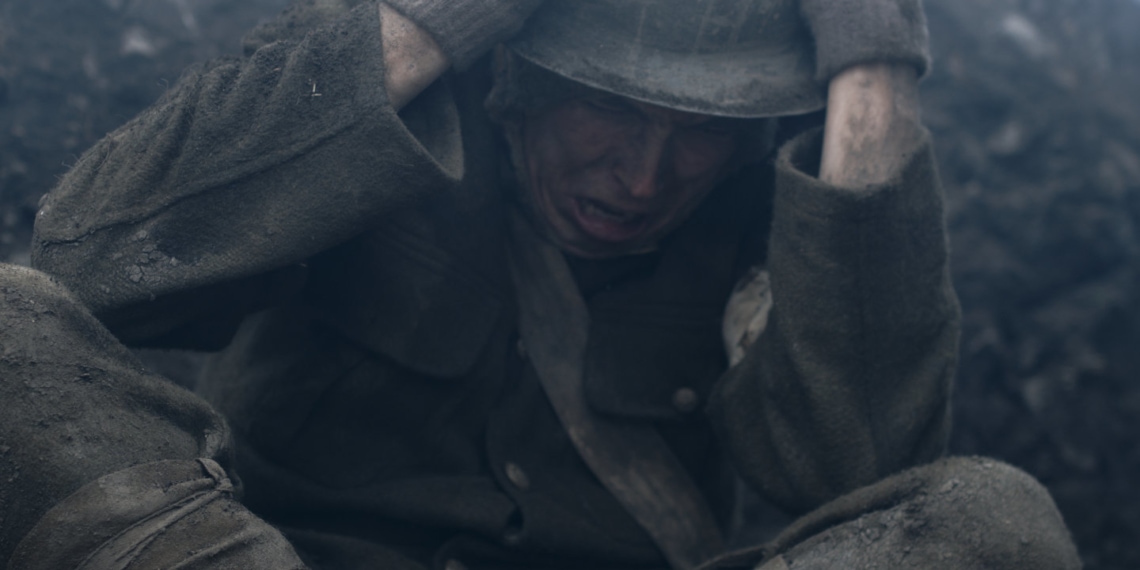 Daniel Arbon’s White Feather expresses now the empathy that the subject of his film did not receive in his own time. Set in post-WWI Britain, the film in slow, long takes, follows George E. Arbon in his present-day and pained flashbacks of the three years past.

The scenery is gorgeously green, evincing the absence of violence or death. Ash Connaughton’s cinematography lends shots their necessary gravity, seldom betraying hints of inexperience. Where it matters, the visuals are captivating, echoing 2005’s Atonement, as well as an overall flavour of Downton Abbey.

It is 1919, and George leads a regular life, carrying a crate of crockery to the house of a potential customer. Certainly, the audience cannot spot anything amiss from his person, and neither can his warmly hospitable host — until he gives his name. The voice turns quiet, then cold and hostile, and the woman tosses a white feather at George, and as though it is a time turner, he and the audience watch as his time at war unfolds before us, at a slowed pace, like experiencing the recoil of a trauma.

A conscientious objector to conscription, George and those that shared his ideals, were declared cowards, and presented with a single white feather as a symbol of that cowardice. Yet these were people who joined in non-combative roles, like George, who joined the medical corps. Arbon uses voiceover to highlight George’s courage and conviction: as we hear him declare his resolution to a tribunal to act only to save lives, on screen, the “cowardly” man risks his own to rescue a fallen comrade.

For the large part, Arbon’s direction is excellent and maintains authenticity of the era and circumstances. His style of storytelling offers the audience all the exposition but with such nuance and subtlety that it does not burden the narrative. While not overly complex, the film warrants a second viewing for the audience to appreciate how it delivers information, and in turn, how it effectively underscores the lingering sadness of a lifelong tragedy.