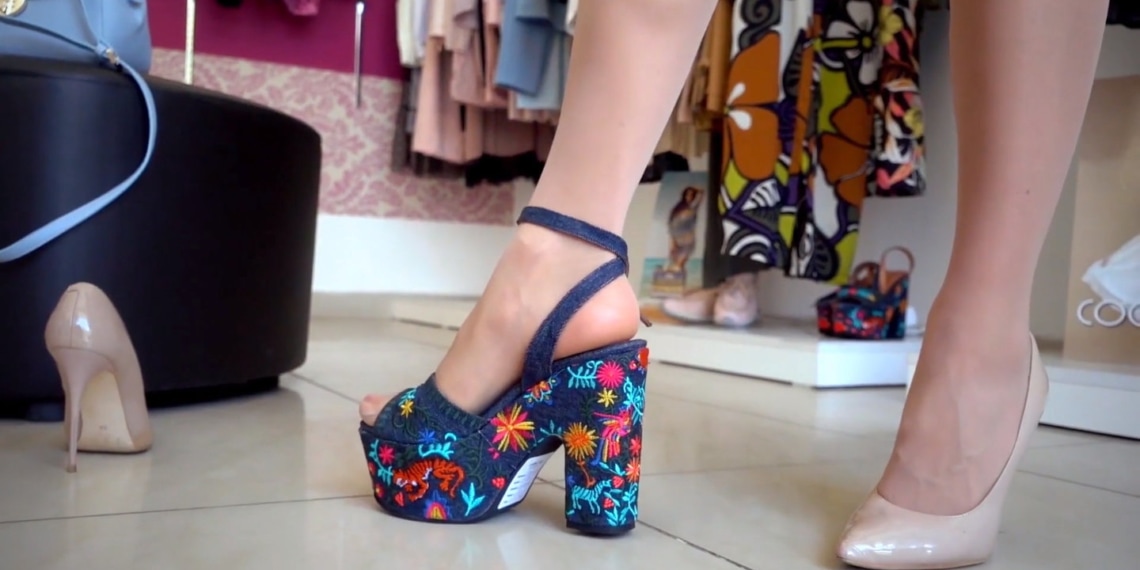 For a master cobbler, it is his craft; for a shoe designer it is his work of art; for a model, it is an accessory; for a podiatrist, it is their number one source of patients’ woes. But for a woman — it is a measure of her self-esteem; or is it? Writers Lola Kayode and Adelin Gasana present an all-encompassing documentary of 44:58 minutes that covers all aspects of functionality, journey and perceptions associated with heels, leaving you with a tangible understanding of how an accessory can be revolutionary in its own unique way.

What sets Gasana’s High On Heels apart from its sub-genre is the thought and effort put behind bringing together all the relevant and concerned individuals to share their valuable expertise into understanding the journey of heels. One might choose to dismiss off this subject as a “girly” topic, but Gasana lets you know within minutes of running through the documentary that that, would be a mistake. Even as Lisa Small (Historian/Curator) shares her academic understanding of the subject, that, when presented with the ironic reality, the message isn’t lost.

Oftentimes, documentarians are disillusioned in the pursuit of their unintended bias, but Gasana is wiser. By reigning in all the concerned professionals, what he offers us instead, is the undiluted perspective. Are heels merely a by-product of the patriarchal world? Or are they a tool for women to express themselves better? When Nzinga Imani (Model/Entertainer) talks about valuing heels, but not valuing them enough to want to reduce her self-esteem to it, you get the hint, even as Robin Roberts from the ABC talks about women questioning her on not wearing heels, while the men not caring enough to perhaps even notice it — the point is, the conversation is cast to a wider table and with multiple insights from every industry associated with it, High On Heels offers you enough material to walk on, pun intended.

What affects the documentary, however, is the varying quality in its audio and cinematography. At times offering a very interview-esque approach, with neat segments of professionals interviewed in their work environment, the disjointedness, however, becomes highlighted when the camera moves into public places, often settling for handheld (and perhaps, even mobile) shots. It wouldn’t have been a bother had there been a linearity to the narrative of the documentary either, but High On Heels is effectively different here too. Instead of following the standard routine of joining the dots, what it does instead is touch upon important points, leaving nothing to vague speculation. This in effect offers a very detailed, and perhaps even rightfully, an academic backdrop to the documentary, but leaves the audience with too much information to take a stand independently without added reference.

Marques ‘‘Quest21’’ Johnson’s composition doesn’t interfere with the timeline or the narrative. In fact, if anything, it helps demarcate the segments of the documentary, although a little more nuance wouldn’t have hurt. From the fashion industry to professional modelling schools, dancing studios to Barbie industry, heels play a significant role in reflecting the society’s transition. As Small mentions early on, the transition from the Persian cavalrymen’s prerequisite requirement to French courtiers’ addition to fashion to present-day women’s wardrobe essential, the journey has been more than a mere tip-toe — it has been fierce, painful and commercial.

With several anecdotes to pick from, it would be unfair to highlight one over the other, but when Velicia Hill (Fashion entrepreneur) states that (certain) women claim that ‘‘give me my heels, or give me death’’, the message is sent loud and clear. High On Heels doesn’t coerce you into taking a stand, it lets you pick your own platform and walk in, with your head held high. Now, whether you do it on your toes or heels, is your choice.