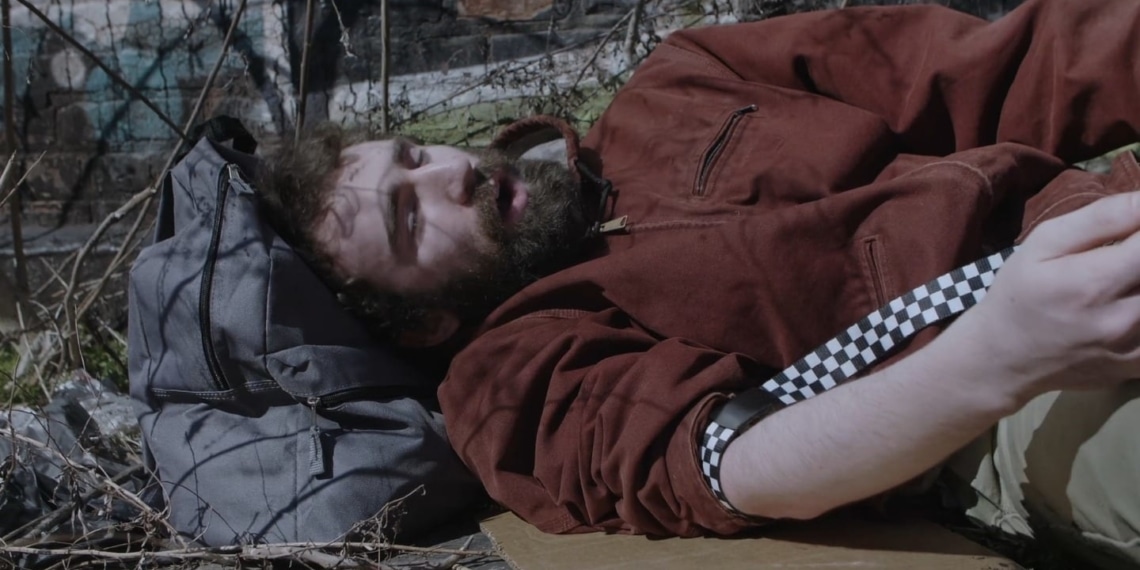 Enzo Flores’s Dope Sick is a mirror shown to society. Set in Bushwick, the film explores the socio-economic structure of an ever-evolving neighbourhood that plays the setting to a bleak future that is already unfolding.

The film is devoid of rich colours, almost as if it’s emulating the circumstances of its characters. Morgan and Harman are washed out, both in life and appearance. The pair are sloshed from their last drug dose. Flores writes his characters with naked observation; they are real and raw. With minimal dialogues or narration given, we are simply introduced to the characters as is, making it particularly attention-grabbing. Maria Cury who plays Morgan is consistently good. She becomes the addict, the troubled and trouble-maker, the one that the society has neglected. In her eyes, we see the look of a person who has already regressed from social obligations.

What Flores does is place a family’s tragedy and compulsions within the gamut of societal circumstances. An immigrant family that is struggling to make ends meet, Francisco (Luiz Sena) has a wife to look after and a shop to run. Depending on his son Irving (Christopher Pagan) to bring home the additional income, we see the entrapment and the endless battle that it will take to break free from the vicious cycle. The dynamics between the family members is explored through subtle doings. Incessant, worried calls to the daughter that go unanswered, siblings that can’t trust one another and why not: one is a junkie, the other a supplier.

But at its crux, Dope Sick, through the lives of a single-family, explores multiple issues. Immigration, marginalisation, drug menace and the gentrification that lays an invisible net over the common folk. The ensemble cast breathes believability into the lives they bring to screen. Morgan and Harman, in their desperate attempt to get the next dose are willing to risk it all; their addiction a mere peek into what heroin does not only to the victim but also those associated with them and in effect, society at large. Add to that, Domingo (Gabriel Peña) a conduit and peddler, and we see the commercial value this nexus holds.

In 17:37 minutes, Flores essentially touches upon crucial topics that plague everyday society, and what is mistakenly perceived as the problems of only the marginalised. In his bid to bring forward the issues that exist in the underbelly of a changing social order, he strips away the glamour we often find in films dealing with drug cartels and syndicates; and so, what we get instead is a harsh reality check.

Cinematographer Yorgos Tzoytzoyrakos makes Bushwick a silent predator that gobbles its victims down. Shots of the forlorn bylanes and dump yards highlight what is already known and yet rarely paid attention to. And as Haeyun Kim’s composition picks the rhythm in the second half, it offers the story and its characters the much-needed urgency.

What Dope Sick interestingly does is, add layers to the drug menace infecting the society, and when seen through the lens of suppliers, addicts and unwitting victims, what we realise is, everyone is a pawn to the game they have no control over.