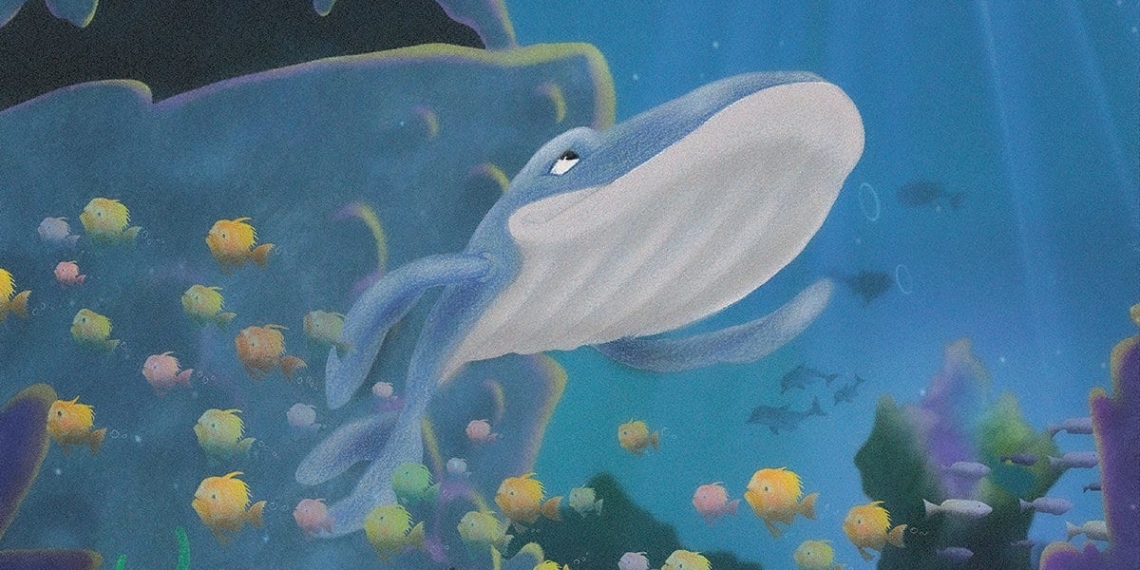 With 52 – A Tale of Loneliness, Patton Oswalt’s affinity for marine characters might be considered a legitimate subject of discourse. Where Pinky Penguin, and the actor’s general career, has reigned the comedy arena, writer-director Johnny DePalma’s animated short is full of heart. DePalma takes the story of the lonely 52-Hertz whale, known simply as 52, spinning it into a poetic 4-minute short, where 52 is a childlike character, exhibiting dejection and joyous wonder in equal measure.

The narrative focuses itself on 52’s inner world, exploring it as a passenger on his wholesome ride, keeping pace with Oswalt’s recitation. As a result, there is rarely a dull moment or lull in the story. Its animation is a mix of modern styles and ye olde Disney, with a lot of rootless blue in the background.

Unequivocally, the film belongs to Oswalt, whose voicing of 52 forms the very backbone of the film. 52 is the only speaking character, darting and sliding through the greenery, treating the entire ocean as one big home, his home, and all sea life as his family. In that sense, 52 can perhaps be seen as the oddball in a large family, something of a Kevin McCallister, but without the bite. Because 52 is drawn as an endearing, star-gazing, dreaming sweet child; Oswalt never falters.

Heavy on the spoken word, the film features music in subtle tones, but its swelling close makes for the perfect showstopper for this wistful, adorable spin on the world’s loneliest whale, easily giving Disney a run for its money.

52 - A Tale of Loneliness: Sorrows of Sound