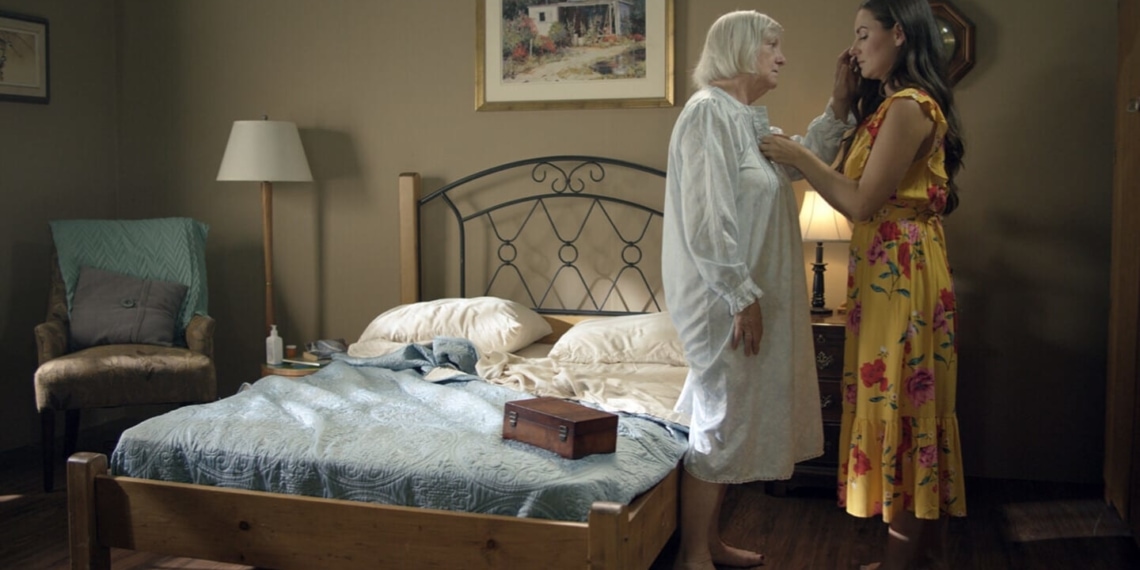 8:44-minutes of reel on a family’s moment with love, life and memories: that’s what writer-director Javier Aparisi’s The Missing Picture is all about. A film that deals with the central character’s suffering because of Alzheimer’s, Aparisi’s short presents a sublime, touching portrait of a family that has to live with someone whose death is more profound and affecting while they continue to breathe. That Alzheimer’s affects those around the patient more than the patient themselves is a contested thought, but Aparisi manages to crease that out by depicting a balanced, nuanced take on the illness and what it does to a family on the whole.

The Missing Picture opts for a cyclic narrative, opening with Bebhinn Pidgeon, who plays Julia, going through what’s left in the room, clearly implying its occupant, now missing. The air of melancholia and loss is well established, right from the opening frame. The credit for this also goes to Ilhan Saferali whose soulful composition plays along, albeit faintly in the background. As Julia sits by the table opening the wooden box, we peek into it as she does. Filled with polaroid shots are someone’s life, moments they cherished and celebrated, someone’s memories of themselves and the life they lived and left behind, all neatly stacked into a box.

Aparisi opts for non-linear narration as we revisit the most telling moment of the short; a single photograph of a clear and happy day by the ocean. Ethel Pitchford who plays the grandma, is so brilliant in bringing forth the chaos and emptiness of an Alzheimer’s suffering, that from the very first time she fills our screen, she fills our hearts too. There is that unmistakable fear, anxiety and childlike naiveté to her act that only makes the character more believable, not only in terms of the concerned individual but also the family; after all, it is the family’s pain as much as it is hers.

When Julia’s husband, Peter (Roberto Lanzas) enters the scene with little Victor (Victor Aja Yera), the panic and fear exhibited by the grandma who can no longer recognise her own family is painful. Pidgeon nails her performance too, being the calm support to her mother as the family begins their annual summer trip to the ocean. Javier Labrador Deulofeu’s camera follows the family into their outing. The sharp colour contrast from the dimly lit indoors to the bright, open-air at the ocean is striking. It’s almost as if one has breathed life into a vacant space. As the grandmother and grandson bond over their common discovery of the lapping water, the time is frozen forever.

What sets The Missing Picture apart from its category and theme is the narrative style opted for. Instead of having very many dialogues or scenes that highlight the obvious difficulties of being the patient and having someone to deal with them, the film focuses on the void and moments that tie the individuals together — a clever, interesting choice, as it not only makes the film moving, but also hopeful.

Aparisi’s The Missing Picture, contrary to its title, isn’t about the missing picture, but the missing individual whose void no amount of photographs can fill.