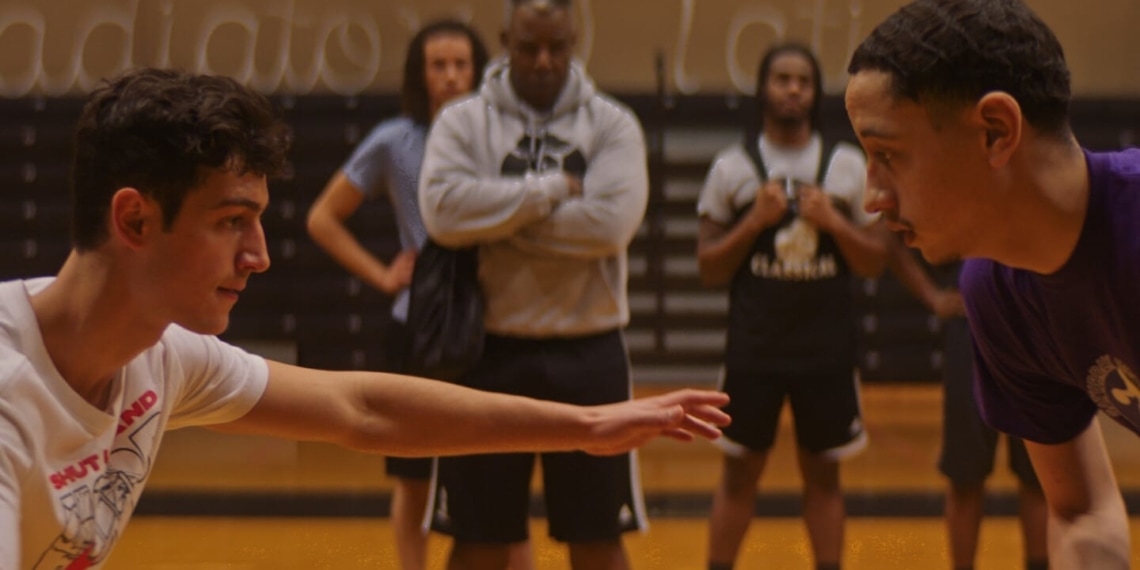 Written and directed by TJ Noel-Sullivan, On The Whistle is an edgy sports drama of 20:00-minutes in duration that not only touches upon the hierarchical dynamics in the sports field but also the players’ own complexes that show up when challenged. Most certainly an interesting film for those that are an aficionado of the game, the short, however, goes beyond the basketball court.

Luke Adley is new to the city of Hartford, a basketball star who outshone others in his previous town. But his entry has barely ruffled any feathers, if at all any, here. This is well established with the reaction given to his presence by most of his teammates. As for Coach Darryl Weaver, he is a tough nut to crack. The film centres on the equation, or lack thereof, between the coach and his student.

Aidan Peluso who plays Luke is convincing. He creates that unmistakable air about him of a high flying star brought back to earth, and what’s worse, no one cares. The opening shot that shows him walk into the locker room alone could help one get the pulse of his character, which is why it is doubly interesting to note how the character arc develops when confronted with an uncompromising coach.

Danny Johnson, who plays Coach Weaver is terrific. His demeanour, speech, the stance he takes, why, even the pauses he opts for during his dialogue delivery are spot on. Johnson breathes believability into his character. What the first day’s trials exhibit are the players’ temperament and nature, and even the beliefs they harbour about themselves. But, when the rounds of suicides double on order, the boys are left unsettled—some crack open, some crack within. It is fascinating how a simple sprint exercise is so effectively used to establish not only the tension amongst the players on the field, but also within themselves.

Disappointed to not have had his shot at flexing his muscles where he is good, a dejected Luke passingly states that to his mother, the new superintendent (played by Marie Marshall), who despite her limited screentime is very effective. What follows next really sets up the pace of the film. Slow, yet not dragging, the editing (Athena Wheaton) is a marvel to have maintained the tension in every scene without overly dramatising it; of course, the credit to this also goes to cast and crew, including composer Sam Lopate whose composition really keeps up with the rhythm of the film.

On The Whistle is very engaging, political even, depending on how one chooses to see it, and, a very inspiring short that offers the perfect scope for character study, sportsmanship and the unbeatable human spirit.

Watch On The Whistle Short Film

In conversation With Yucong Chen On Her Academy Winning Documentary - Unfinished Lives.