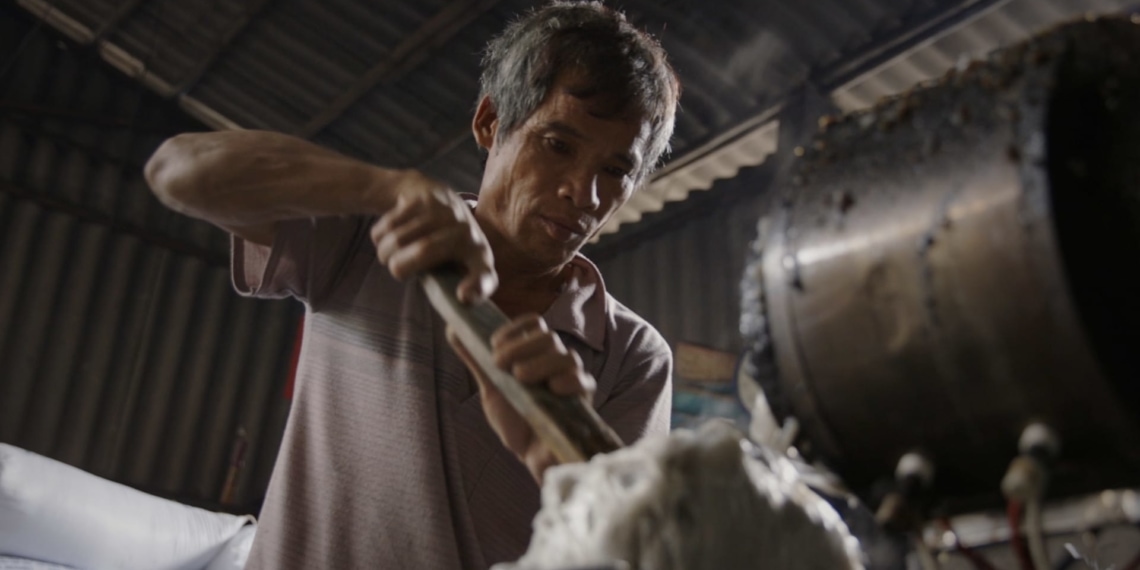 Yutao Chen’s Dirty Business is an environmental documentary of 12:10-minutes that focuses on Minh Khai, a hamlet in Vietnam that once thrived on its potatoes. Cut to the 21st century, it has found itself on the top of heap – of the garbage dump. Minh Khai houses the large-scale units that recycle the trash from the world over, but primarily of the States. A very interesting short that not only explores the boons of having an industry that works at a very favourable profit margin, while offering employment opportunities amongst others, but also its role in aiding pollution while simultaneously working towards eroding it.

The effort to keep the documentary informative and unbiased is particularly noteworthy, considering how most in its category fail precisely at that endeavour. Chen is sure of what Dirty Business is to represent – a raw, matter-of-fact depiction of reality. We are introduced to Michael DiGregorio, a Vietnam Representative of The Asia Foundation who came to Hanoi in Vietnam in 1998 for his Masters Thesis on recycling. Although we learn from him what goes into this business, the film isn’t a platform for DiGregorio’s opinions. Instead, what Chen does is let the lens pick and narrate its tale.

Out of an annual 34 million tons of plastic waste generated in the States, less than 10% of it is recycled, mostly overseas. As we explore Minh Khai, one of the known places that imports scraps for its second innings, we see what it really costs to not only be a part of this industry but also, what it means to not have similar industries on a more pronounced scale.

We get to know of the history of this business, even if it’s far too brief to give us a detailed picture, but when Dinh Cong Huan, a retired Plastics Recycler, mentions of his mother who was the first trash collector of his village, we begin to understand- in Minh Khai, this profession has almost become a way of life, passed on from generation to generation. The camera does not hide the ugliness of the industry. We see the clogged rivers even as Nguyen Thi Phuong Thao, a pharmacist, talks about the rise in cases of allergies, respiratory problems, and cancer, of course. While blaming the smoke that’s released from the reprocessing of plastic and nylon for the ill health of the population, Dirty Business, true to its name, doesn’t leave much room for hope, except a strong desire to rectify the problem.

With numerous interviewees’ excerpts used in its narration, the editing of the film is particularly commendable for keeping the narrative tightly paced. David Szesztay’s music, used sparingly and with precision, conjures a feeling of melancholia, without being painful. Sticking with its very linear plotline, Dirty Business closes by highlighting how an industry has transformed the lives of Minh Khai’s residents and their future. With the recent ban on importing any more recyclables, the industry certainly has had to lose volume, but perhaps in its stead might leave scope for recycling of another kind.

The scenes showcasing the rot and the polluted rivers are as hard-hitting as the tons of ferried cargo, because one knows what it represents. Dirty Business is an eye-opener for those gloriously unaware of where their trash heads to and the price the planet is paying for it.

Well worth your 12 minutes.