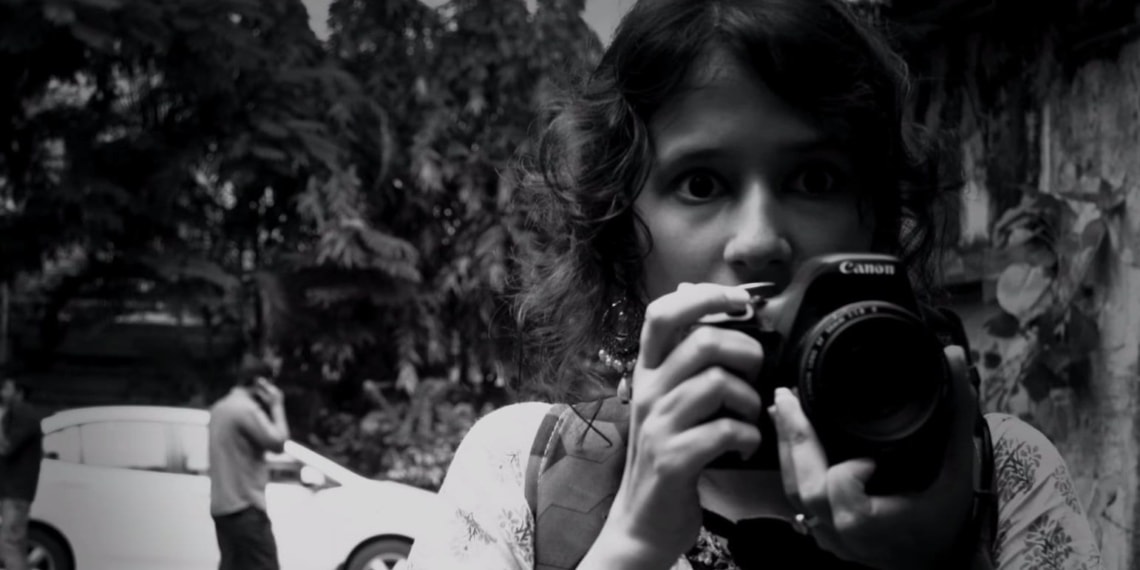 Ruhaan is prose given to the inner voice. A silent film, shot in monochrome, it is a mysterious conjugation of trauma, addiction and the bondages of the human mind. Directed by Terence-Hari Fernandes, the film is a sensitive portrayal of two characters as far apart from one another as possible and yet fluid in the exchange of their experiences. And, in the seamless interaction between the protagonists, we see the storytelling touch into the depths of our collective psyche.

Written by Kamya Nair, the film opens with a voice-over; unmistakably a mother’s, almost beseeching her son Ruhaan. She speaks of a life that he ought to live and we know the universality of that message. Cut to the iconic place across Bombay shores, and we see a young girl (played by Yashaswini Dayama), possibly a tourist or not, but with her delicate fingers wrapped across the camera lens, she captures intimate shots of those around her and in them are Ruhaan; broken in spirit, broken in life.

Fernandes has a difficult task ahead as does Kevin Rathod, the film’s cinematographer. Using the stills, the story is delicately carried forward as we follow Dayama’s character. We see Ruhaan (played brilliantly by Raj) as she does. Following him through the desolate bylanes of the city, Ruhaan not only showcases the emptiness of his own life but the despair that almost seems beyond hope.

The film carries with it a sense of foreboding; we worry for the leads and wonder which one of them is in control of the narrative; and even as it is quickly established considering the minuscule runtime of just 5:24-minutes, the storytelling is gripping. The clever choice in the monochrome setting only accentuating the theme and the backstory of the film, even as we become privy to Ruhaan’s mental state; the acting takes easy precedence over the rest.

Dayama and Raj are skilled. To pull off their act sans any dialogue would have required a telling understanding of their craft, which could only explain the very engaging dynamics between the two. It not only helped create a sense of connect between the characters but also weave a story around them. Reserving the spoilers, the film’s highlight seamlessly pours through the effective cinematography and intelligent choice in colours used . The editing, too, deserves a special mention considering the stock footages, stills and different lensing techniques used to bring to light the life of a wandering soul.

Leaning towards the philosophical, the climax hits hard, not only due to the characters’ own arc but for the vivid picture displayed by then. The forlorn streets of an otherwise crowded metropolis, the choice and timing of use of colour in the greyscale background, the only song to be used in the soundtrack – the irony isn’t lost; everyone is in search of something here. And, just as all the unseen characters come to the forefront, we are left wondering at Ruhaan and his silent musings – and, realize, that his journey doesn’t end here.