Kendall’s Dream: The Toxicity Of Pageantry 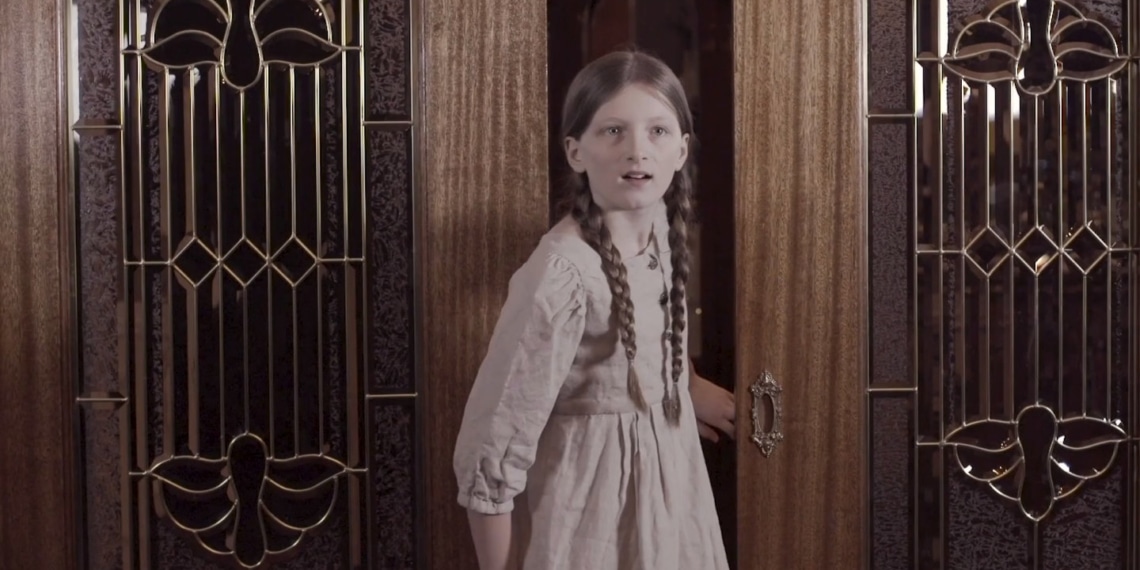 Victoria Hagni’s 7-minute fantasy Kendall’s Dream works as a metaphor to demonstrate the terror of being exposed for an unforgiving world’s judgement and ridicule over beauty and whether one meets the arbitrary standards set for it.

Hagni’s film is additionally striking for its young protagonist; Kendall (played by Kendall Langley), barely 12, and already grappling with the demands of the world of beauty and pageantry. The first few minutes establishes the world well: there is a dreamlike quality to the visuals, blending into a dreamy world of fairytale-like rhythm and grace, shown as though it is an old film. Couples, dressed ever so elegantly, dance with a carefreeness, as Kendall watches in awe. There is a deliberate Alice in Wonderland tone to it (and soon enough, the nightmare rears its ugly, sinister head). The music accompanying the dance plays a key role in building the ambience, albeit framing and performances in the scene could bear improvement.

With Kendall’s advance through the door across the ballroom floor, we are introduced to a sinister pageant-like event (which looks more like auctioneering than pageantry), attended by an unseen, cruel audience, and children, who are seated according to sex. Children, who barely have a discernible waist, let alone a slender one, are judged on for their waist, and their eyes, and their hair and their skin. The phantom audience laughs cruelly each time until they meet a blonde-haired, white-skinned little girl. Here they ooh and aah, while Kendall looks on, confused and frightened.

By the end, one is sharply reminded of what impossible beauty standards cost us, and especially impressionable children, who are progressively conditioned to attribute value only to those that possess the approved sort of beauty – including themselves. When these standards are not met, dysphoria, distaste, and even hate descend.

Kendall's Dream: The Toxicity Of Pageantry

Short Films Festivals That Have No Entry Fees [2020 Ed.]

Short Films Festivals That Have No Entry Fees [2020 Ed.]