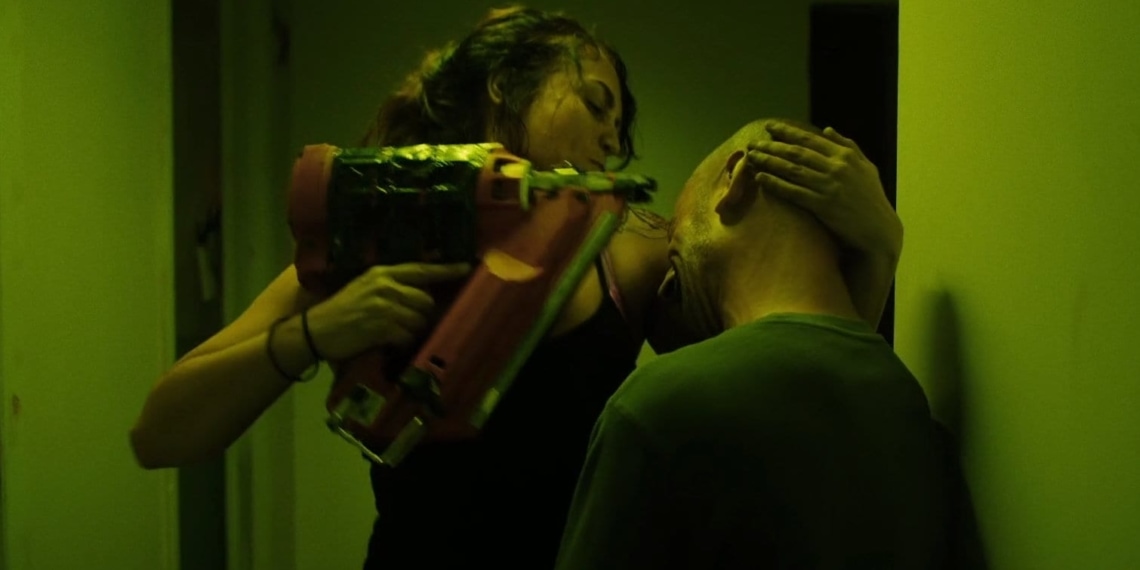 Packed with action, Anna Remus’s drama about rescuing a sister, Keeper offers a story with moving moments that serve as exposition and respite in an arena of unfair odds.

Unfair enough that in answer to multiple men with multiple guns, Missy (Anna Rizzo) can only afford a nail gun with which to get her vulnerable sister (Jess, played by Juliette Blackman) back from the clutches of a predator/ex-boyfriend (Shawn Doherty). Keeper’s pacing is commendable, creating a mood of constant action while smoothly inserting exposition. It also has the added quality of not feeling like exposition-heavy recollections that bog down the plot.

Things get quite gruesome, and a series of expositional flashbacks are just as grim, but without the gratification afforded by taking down bad guys. Rizzo is fantastic, bringing to mind Kate Siegel’s Theo Crain, with more action. The film boasts of a rich colour story, conveying situation without needing words. The relationship between the sisters is touching, and although the film does not go much beyond the usual markers of sibling affection, it steers clear of artifice. That the stoic Missy takes care of Jess’ rehab stays is casually mentioned, and a flashback of the two visiting at Jess’ rehab centre shows tiredness and empathy, instead of resentment, making for a refreshing change.

The actual showdown between Missy and Bill is intercut with violence from their childhood, both harrowing, except this time holds more promise for catharsis. To bring it all together, the film’s score embodies the mood of cathartic rage and energy. It is perhaps not the best part of Keeper, but it certainly is up there.

Gage Oxley's A Series Of Light: Exclusive To Amazon Prime