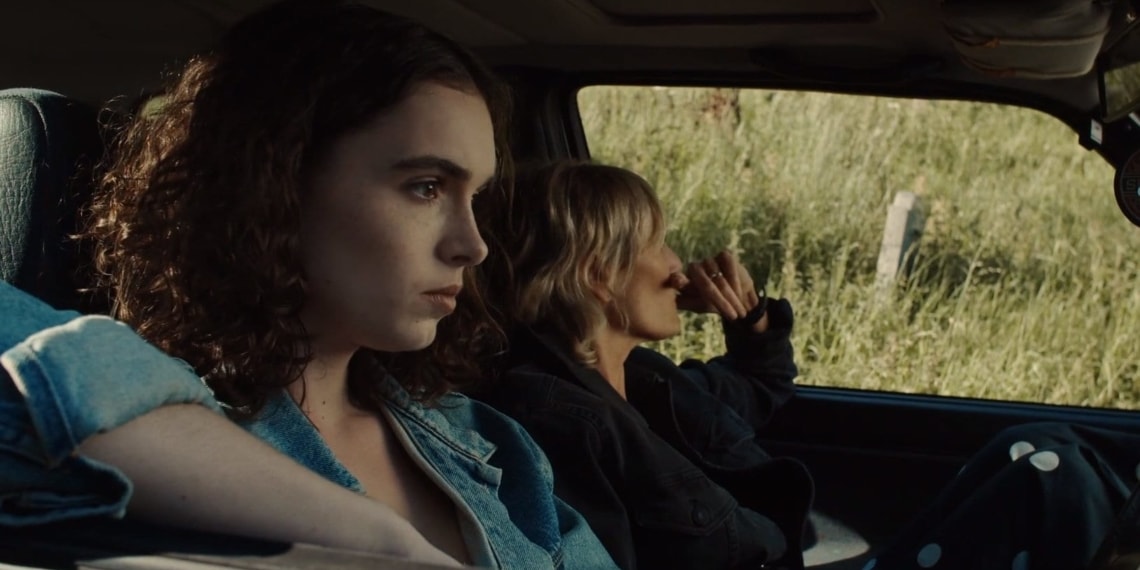 At its best, Kyran Davies’ Dig Ophelia Dig surprises its viewers with what feels like effortless originality, but if anything, Davies proves originality is anything but effortless to reproduce for the entertainment of others.

Dig Ophelia Dig starts strong. An old woman, sitting by an old grave, admits to a priest that the grave is empty because she buried it elsewhere. This is not a confession and she is not sharing her burden to feel lighter. Instead, it is a casual remark, thrown offhandedly and without any real concern about its audience. The premise begins taking shape. Ophelia’s grandmother, Ingrid (Jane Gambier) is haunted by the boyfriend (Felix, played by Felix Pilgrim) she murdered in 1966, and one way or another, Ophelia (Emily John) can see the ghost too. Intercut with flashbacks to the day of the murder, it represents Ingrid’s feelings of being haunted.

Problems with writing and editing ail the film persistently. For one, it does not reveal motivation for Ingrid to have murdered a seemingly fine boyfriend. And indifferent though she is, Ingrid is not portrayed as psychopathic in her old age. Ophelia becomes involved and becomes the primary character as Ingrid is shunted to the side, Felix now taking to haunting her. And yet, in spite of having so much to explore, the plot explains nothing and the screenplay spends little time developing its characters. The changing focus from Ingrid to Ophelia and arguably, to Felix, creates an imbalanced narrative, particularly hurt by the short runtime.

Visually appealing though it is, the film does not quite manage to take its ambitious form. One finds themselves continually disappointed for the spark that never lights, try though the film might, especially when cinematography and music are so attuned to the intentions of the film.

Watching Dig Ophelia Dig, one understands the importance of a good screenplay and even sees proven the role of editing, mystical as it usually can be. For now, the story leaves audiences with much to mull over on their own.

'Dig Ophelia Dig' is not yet available online for public 😕

Want to get notified when 'Dig Ophelia Dig' is available online to watch?

Get a one time email and SMS when 'Dig Ophelia Dig' is available online for the public. We will remove your data from our system once we sent out the notification. No Spam!