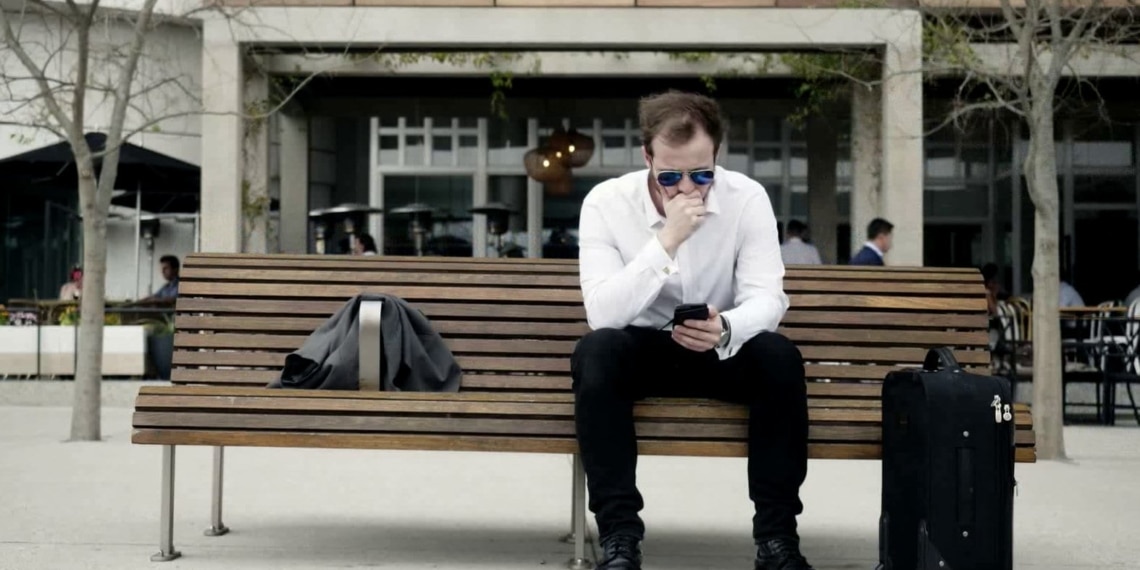 Farhaz Husain Rahman’s A Momentary Yearning is wistful and nostalgic, the premise dwelling on years gone by, and all that was lost with it.

By including the element of war into the plot (Francis, the protagonist, is a weary war correspondent), it takes on added expectations of depth, which it does not ultimately deliver on. Although Francis is shown as tired, and congratulations pour in on his latest piece, and he even talks about his experiences, they lack the kind of gravity that would both make for good drama and leave a lingering impact. The story is instead mainly interested in lost love, the yearning for youth, and a time gone by, none of which can be brought back.

Divided into three different timelines, two of which are recollections, A Momentary Yearning sees Francis (Lachlan Ingham) in the present day, in his youth right before he had left for his first assignment and a time in the middle of these, arguably the most bittersweet of the lot. The score, tinged with melancholia, communicates Francis’ feeling of being alone in the world, scarred and disillusioned by the war and the world, in a way that exceeds their visual representation.

There is an undeniable failing of the editing (mainly an abundance of unmotivated cuts) that makes the narrative look choppy, meandering, and sometimes jarring enough to snap the viewer out of the mood entirely.

Mathilde Anglade, who plays Nadine, Francis’ old girlfriend, and the subject of his ruminations. She is charming, fitting snugly into the role of being someone else’s memory, which is easily and often biased and modified. These being good memories, Nadine is viewed with an almost halcyon glow, all soft smiles on languid afternoons.

In the end, for a premise as promising as this, A Momentary Yearning leaves a lot to be desired, its wins peppered throughout in bits and pieces. Its most affecting instance is the climactic stunned silence that fills up the frame. It is ambiguous, not allowing audiences to really know what Francis is thinking. We are left to interpret if what just happened is tragic or a touching tribute to the same era that he had been chasing. Perhaps both…