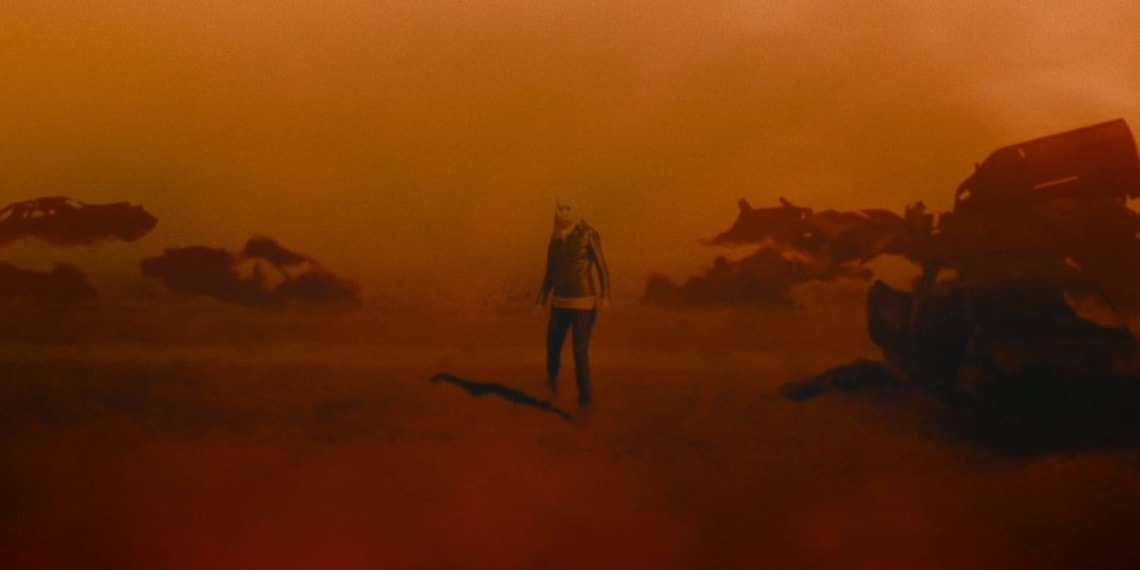 Made with a skeletal crew and budget, Jan Sørup’s sci-fi VECT0R plays like an homage to the sci-fi greats. You’ll spot inspirations from The Matrix, Blade Runner 2049 and even a glimpse of the blazingly beautiful Mad Max: Fury Road. Also Sørup’s debut film, VECT0R is heavy on the special effects, containing a world that is real and at the same time, feels like a haze or a fevered dream.

That mood is in line with the film’s plot: a government kidnapped hacker (Maria Vakhrushev, played by Maria Sørup) wakes up in a world where everything is either dead or rusting. As she navigates this new world, both literally and figuratively, Sørup places critical information here and there, conveniently right in Maria’s path. The colour palettes vary drastically and yet mesh together in a way that makes the world’s disorder make sense, not to mention that they look gorgeous. Sometimes pale with blue undertones, sometimes green and sometimes, colour is done away with entirely and we are treated to a noir look, complete with the “correct” accompanying music. This is arguably the film’s most fun and thrilling bit, where everything else is depressingly desolate.

There are spoken lines for Maria. The cause for the post-apocalyptic state is explained via old, decaying newspapers and pamphlets, and a surprisingly sturdy TV: a virus (shudderingly familiar by now) took hold of the world, and Maria was its original carrier. When you take into account how she was kidnapped, her kidnapping and subsequent confinement in a lab implies sinister workings of the government. That the film does not go into a more elaborate explanation leaves behind a complex mystery that transcends a 14-minute film. However, the narrative begins to drag after a point and the atmosphere becomes insufficient to sustain interest. A tighter pacing could have remedied this, leaving for the viewer a uniformly captivating experience.

As far as its craft is concerned, the lack of a budget and crew has almost no discernible impact on VECT0R. Its homages blend well with the plot, sticking out only enough to provide little spurts of joy for fans and cinephiles. You might come for these, but you will mostly stick around for the thrill of seeing your fears already unfolded, the film’s remaining world grappling with its after-effects.