by Piyush Srivastava
in Articles
1

Horror is easily one of the most entertaining genres. But I have to mention that it is also one of the trickiest and most difficult genres to pull off as a filmmaker. Come to think of it, it is not just horror, but comedy too – the two genres that can easily trip the line between success and failure. The audience might not share your funny bone, might not laugh at that splendid line you thought was so funny and then surprisingly laugh at a spine chilling horror scene that was meant to evoke fear. It is a slippery slope, one that needs to be carefully trodden, for there’s no guarantee that your joke or gag would work, and certainly no bets that can be placed on that creepy creature under the bed to bring forth the collective shudder amongst your audience.

What you can work on is bringing something novel to the table, and what that means is avoiding lazy writing tropes, and really looking inside the human psyche: What are we actually afraid of? In this article I will try to share some of the common clichés that I’ve observed while reading & watching horror screenplays and films. What commonly goes wrong and how as a writer/filmmaker you can overcome those so-called clichés and deliver a horrifying motion picture be it of a short or a feature length.

A lot of classic horror films & also a few series have commonly employed this ‘moving into a new house’ scenario. Now, I am not implying that this tried-and-tested trope is any more wrong than another. But, as an audience member myself, I have seen far too many horror films with similar opening segments to feel the jitters anymore. In fact, I can easily predict the outcome much before the film’s timeline; hardly the response you’d want for your film, is it?  I can predict beforehand that this family is soon going to experience some sinister events around them, that their kid is  going to be able to see the dark entities, that the father is going to be the  ignorant/non believer. And, then, slowly the evil will take over, destroying & crushing their will, until they find themselves battling between religion, a terrible past and science. Doesn’t it sound familiar to you all? Think of how many films fit this bill?

Predicting a film’s plot line is hardly my idea of a thrilling, horror experience as I am sure it isn’t yours either. If a film were to play along the guesses I can make from my past experiences alone in the said genre, it offers nothing to be scared of (not counting the jump-scares, which I have discussed ahead). If, however, employing this widely used scenario of family moving into a new house is the only option you have, as a writer, you still have a very strong advantage over the audience’s prediction. Take a step back, think from the audience’s perspective: Make a list of all the possible outcomes that could be predicted to happen with the family, and write them down. Once you have them on paper, strike out those overused ideas, now switch back to your writer mode and think of what you could do after the family moves in. That way you are thinking ahead of the audience, giving them something they are not anticipating.

This can be best explained with an example of a movie that I saw recently. In this particular film, there was the mention of an old woman, caged in her room for years together. Apparently, she was an immortal but deceptively aged as a normal human, thus making her at least a century old. There were instances where one could hear the woman scream, talk, even asking for food from her room. Few minutes into the film, I could imagine her in my head, simply based on the verbal description and her own creepy voice. I was as eager as frightened everytime the camera closed in on her room’s entrance. The dreaded anticipation of her walking out of it any moment was alone nerve wracking for me. However, it was only terrifying until the moment her face was revealed, that is. The moment I saw her on screen, the fear dissipated. Whether it was the makeup or the timing of her revelation or the situation in the scene that was the put off is up for debate; but there’s no denying that the whole idea of this mysterious old woman that sent chills despite not having been shown on camera simply fell flat. From there on, she became just another creepy prosthetic face for me. Nothing, from her story to her creepy voice, could spook me anymore.

It was then that I realised that horror is actually in the mind. And, each one of us has that unique imagination to conjure up the worst in our minds. As a filmmaker/writer, what you can do is cleverly utilise this ‘horror-is-in-your-mind’ technique to effectively create that terrifying vibe of the inevitable. Horror and curiosity actually go hand-in-hand. Once you overcome the curiosity, horror simply fades away. So, play with the audiences’ mind, let them do the conjuring, you simply supply them with the ambience and environment.

The master of suspense Alfred Hitchcok often employed this technique in his films. To elaborate, I’d cite one of the best examples of this genre: ‘Diail M for Murder’. In this film, the audience is supplied with all the relevant information of the crime that is yet to take place. It becomes a thrilling, suspenseful experience for them, as they sit there anticipating the events to unfold which, while they have been informed prior, the characters in the film haven’t been. Them being left in the dark is where the film’s genius lies.

This whole technique if applied while writing a horror script, would add more weight to your suspense scenes; wherein you prepare the audience of the upcoming scary event while leaving the characters groping in the dark. This flipping of the narrative will make the experience more engaging than any other. To make it clear, consider keeping the audience in confidence, letting them know of the entity that haunts the basement while the character living in the house isn’t. A series of events forces the character to go down to the basement, clueless of what’s awaiting him/her, while the audience literally wants to jump from their seats.

This technique, in fact, can be used as the foundation to build something more on it. You could reveal key information to the audience to build up on their expectations. But later play around with it to either send them off-course wondering, or with something that is way more interesting than what their earlier expectations would have set them up for. In short, trick them smartly!

A sudden use of a scary sound effect; the easiest technique a filmmaker can use to get reflex reactions from the audience, that’s what jump scares stand for. But, more often than not, this is mistaken to as creating horror. No, jump scares are as simple as maybe discovering someone hiding behind the door unbeknownst to you, or a utensil crashing with a loud sound unexpectedly. Your reflexes get activated and your body reacts to that sound or visual. But, that isn’t horror. That is simply a natural phenomena; a natural response to something that we weren’t expecting, that happens to pretty much everyone.

Then what is horror when we talk in terms of how the audio and visual affects us physically or mentally? How can you manage to create a horror film that ends up giving sleepless nights to your audience?

The only thing I believe that could deliver on these two points is by investing your creativity and time on the story instead of spending months in designing scary music and sound effects or creepy prosthetics. The story alone should give the creeps. Horror is most impactful when it gets atmospheric. The surroundings, the history, the background and the collective ambience has to be created such that your story, your characters speak for themselves. Creating an ecosystem that actually lives and breathes around your story for your audience to feel that they have lived through the horror of it, even if the characters involved haven’t is the key here. The art direction, sound effects, music, costumes & make-up should only then be used to enhance the impact of that ecosystem. A good example of this can be Robert Eggers’ ‘The Lighthouse’: a 110 minute film that creates an impactul atmosphere around its characters. Within minutes into the film you actually get familiar with the surroundings as well as the characters involved. You mistakenly begin to feel like you’ve been to that place before. And that thought, the mere thought of having been there gives you the creeps. Its that atmosphere created that draws undivided attention from your audience & leaving you with no need to use jump scares to pull in your audience.

To put it simply, a story must have heart. Whether you are dealing with evil spirits, zombies, vampires, witches, demons, supernatural entities or whatever else it may be, don’t keep it shallow. Adding human emotions to your characters in the story only adds more depth to your story. It makes it more believable & personal. To elaborate my point, think of ‘The Conjuring’. Being a paranormal investigator, Lauren Warren ends up getting emotionally attached to the family after a brief conversation with the mother about a family picture clicked on the beach. For me, that was the moment Lauren Warren becomes one with the family and decides to help them out, whatever the cost. The story in its core then completely becomes more of a personal battle than a mere professional challenge. And that is engaging for the audience beyond its cinematic equity.

Find a reason to make your story/characters more emotional, more personal. Something that could connect it with your audience at a primeval level. Give them reasons to feel for your character, to care for your character, so that it no longer remains just their fight, but also the audience’s. And, as the audiences struggle along with the characters to come out of their misery, what you offer is a wholesome, emotional ride and not just a few thrills to your audience.

What clichés and tropes did we miss? What do you find failing in horror films? Let us know in the comments below. 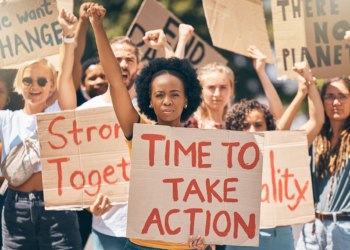 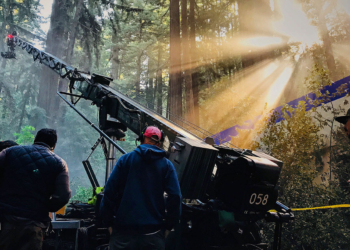