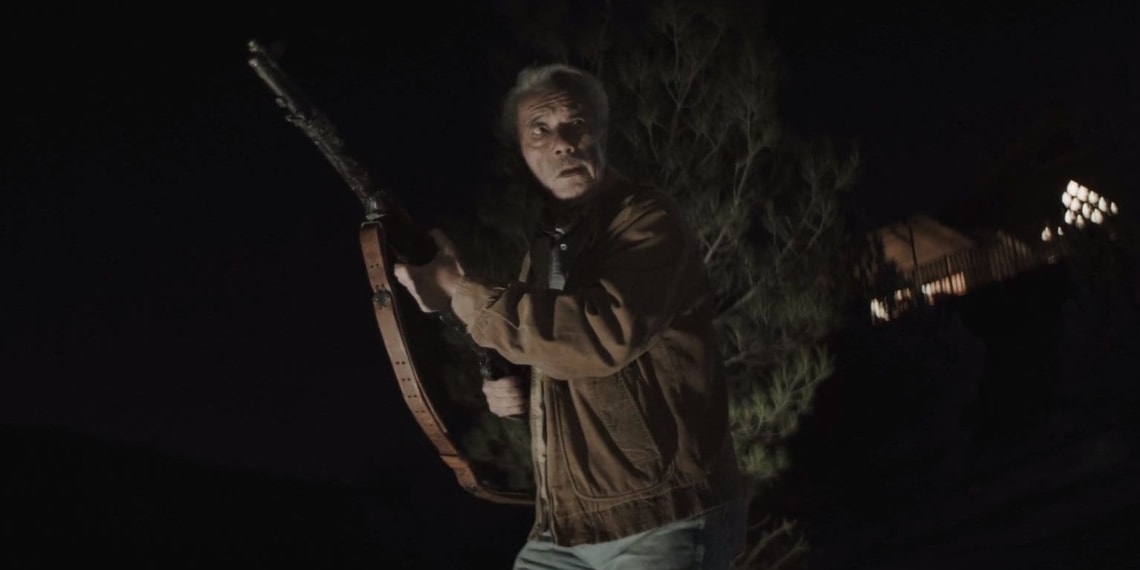 While Brian L. Tan’s Holdout dealt with the fallout of WWII, his latest, Sensor (written by Jonathan Hirsch) deals with the aftermath of the Vietnam War, both films focusing attention on an individual level: the things a soldier does for duty and weight they bear for it.

The themes are similar but treated differently; Holdout was a drama and Sensor is a horror thriller. The vein of fearful tension running through each is very similar to one another.

Dana Lee plays a soldier tackling his PTSD with practical measures: motion sensors to confront the ghosts of the war that continue to haunt him. White with age, he carries a rifle with him at all times, keeping watch over his property. It is a very tense atmosphere that Tan and editor Trevor Hollander create, introducing background, character, and the current scenario with deftness, while moving the plot forward at a gripping pace, allowing for a satisfactorily ambiguous ending in a mere 3:48-minute runtime.

The motion sensors begin to light up with an innate rhythm, weaving it into the film’s structure. As the ghosts begin to make their appearances with a shuddering irreverence, the audience witnesses the horror of the man’s life. The horror of Sensor is not that there are ghosts which may or may not be real in the traditional sense that ghosts are assumed to be real, but that this is the curse that the old man must contend with or, and especially that, all this time, he has had to bear their presence all this while.